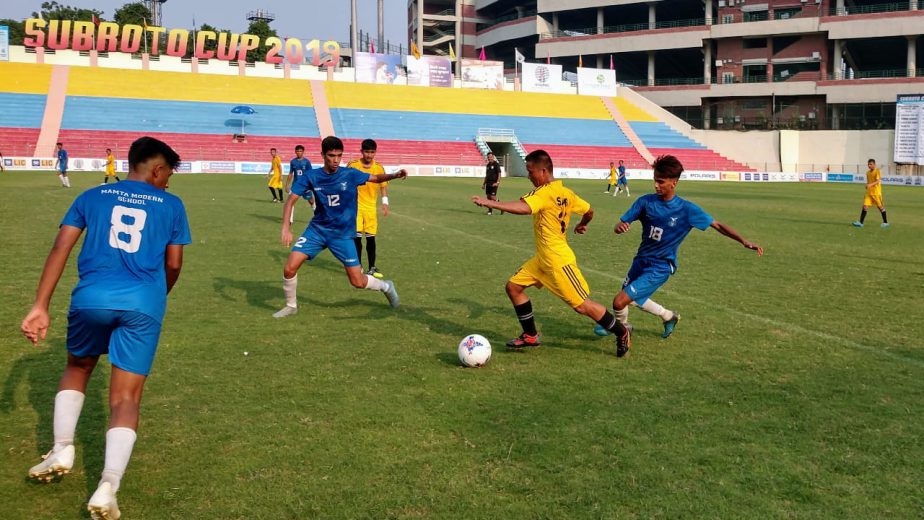 SAI, Kolkata walked away with an easy win against Army School, Bhopal. Naisa Jamatia and Diganta Mondal each netted a brace for Kolkata, en route to a resounding 7-0 victory.

The second match between Mamta Modern Senior Secondary School, New Delhi vs Sainik Awasiya Mahavidyalaya, Nepal was a much more closely contested affair. The New Delhi based school nicked it eventually by a score line of 4-3, thanks to Fahad’s hat-trick.