FC Goa look to stay unbeaten on the road 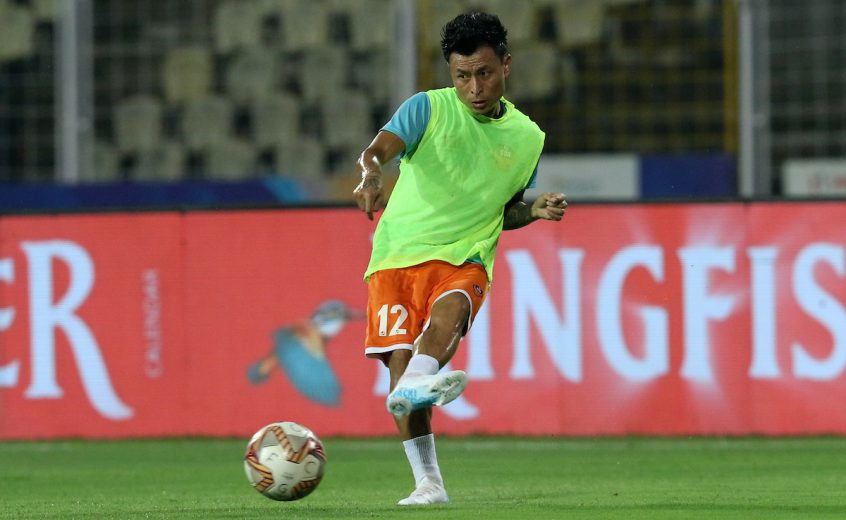 The FC Goa faithful will hope that their team will be back on track again with a positive result against a Kerala Blasters side that is yet to find its best form.

Coming back has been a sort of a theme for FC Goa this season. The Gaurs’ never-say-die attitude helped them grab two essential points in the games against Bengaluru FC and NorthEast United thanks to late strikes in added-on time in both encounters.

They will again have to call upon all their resolve to get back on track after suffering their first loss of the season in the last game. It was a sense of deja vu for the Gaurs as they were handed their first defeat of the campaign by Jamshedpur at the same stage of the season for the second season running.

A Sergio Castel strike in the 17th minute was good enough to give Antonio Iriondo’s side all three points at Fatorda on Tuesday. Last season saw the Men in Orange bounce back straight after their initial jolt with a come-from-behind victory over Delhi Dynamos.

Taking on the Blasters will be no trivial task for the Gaurs with the team missing the services of Ahmed Jahouh, Len Doungel and Hugo Boumous due to suspensions.  Ferran Corominas’s participation meanwhile remains a Matchday decision.

The Jawaharlal Nehru Stadium in Kochi has been a happy hunting ground for Sergio Lobera and his men these past two seasons. The Spaniard saw his team run out 2-1 winners over the Men in Yellow in the 2017/18 before trouncing them 3-1 last November.

In fact, FC Goa have won all four encounters against the Men in Yellow heading into Sunday’s clash under Lobera’s tutelage. Football, though, knows no history as was evident in the Gaurs’ last encounter against Jamshedpur. Heading into the game, the Red Miners hadn’t ever scored a goal against FC Goa in Goa. However, when the final whistle was blown by the referee, Jamshedpur not only had their coveted goal, but also three points.

Kerala have had an indifferent start to their season. After winning their season opener against ATK, Eelco Schattorie’s men have failed to grab all three points in any of their 4 subsequent games. That, however, has not been for lack of trying.

The Blasters side has indeed changed a lot since last season and with new faces, it brings new challenges. This year sees the Blasters being led by former NorthEast United stalwart Bartholomew Ogbeche whilst being ably supported by experienced names like Sergio Cidoncha and Gianni Zuverloon.

The season has also seen the Blasters look to move the needle with an emphasis on the youth from the state. Rahul KP and Sahal Abdul Samad are playing with a chip on their shoulders and will look to help the Blasters grab their second home win of the season when the two teams meet on Sunday night.

Sergio Lobera knows it will be an uphill task for the Gaurs with the plethora of suspensions leaving him shorthanded. He, however, seems unfazed by the challenge.

“I have a good squad and not just good individual players. Obviously, missing the players is difficult for us because I need to invent some things for the next match. It’s not possible to play all players in the (preferred) position. I need to take some chances, not only in the first XI (but also) during the match, because sometimes, people only think about the first XI,” the Spaniard explained.

“During the match, you need some options. When you don’t have the full squad, three players suspended, some injuries, it is difficult to change the situation during the match, because on the bench there are not too many opportunities to change it.”