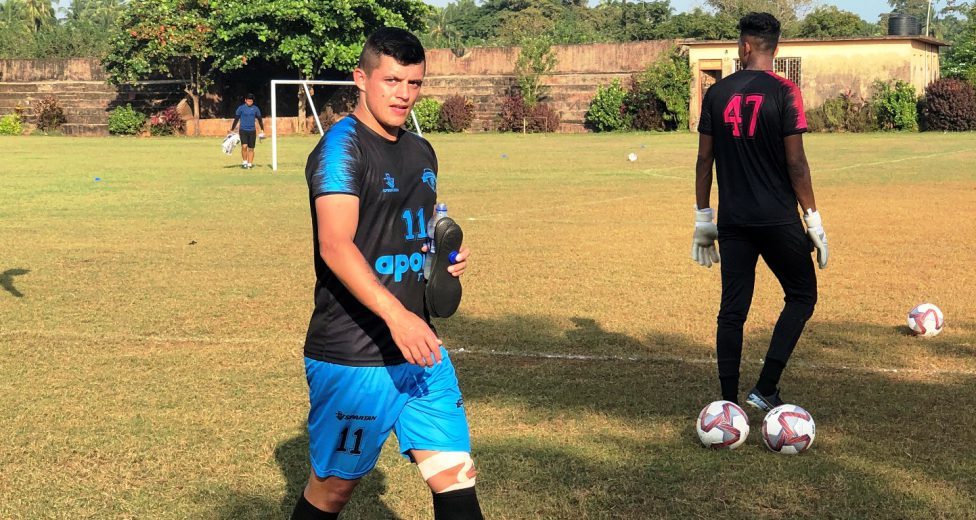 The new-look Punjab FC are gearing up to kick start their Hero I-League campaign as they face Churchill Brothers FC tomorrow.

Hero I-League is up and running and with two matches already taking place on the first day of the league, all eyes shift to western India for matchday 2 as Churchill Brothers FC Goa face the 2017-2018 champions Punjab FC in their first home match of the season.

Churchill Brothers, having already had the upper hand last season against Punjab, where the side from Goa defeated the visitors at their home ground 2-0 and 0-0 draw away in Ludhiana. The home team will look to repeat their performance once again as they ended fourth in the league table last season with 34 points to their name. To add, with the exception of Gambian-Dawda Ceesay, Captain Willis Deon Plaza, Israil Gurung, James Kithan and Israil Gurung, Churchill Brothers will be fielding a completely new team which will make things interesting as the Goa franchise takes the field for their first match.

Speaking before the match, Willis Deon Plaza, Captain, Churchill Brothers FC Goa said, “We have a completely new team this season with the exception of Ceesay and me. The preparation is like starting back from the beginning. For now, there is nothing special, just building of good communication and understanding with each player. I am taking this game very serious because it is the first game of the season and it will be good to start with a win.

With a new name, Punjab FC will be looking for a change in the fortune as well considering from being champions the team fell to the 10th position in the table. The return of an experienced campaigner in Anwar Ali to the team has certainly boosted the defence.

Punjab FC also sees another familiar face return to the team in the form of the Goalkeeper from Nepal, Kiran Kumar Limbu, who will be a major force to reckon with for Churchill Brothers in between the goalposts. The other key names in the team will feature 26-year-old Brazillian winger – Sergio Barboza Jr. former East Bengal mid-fielder-Sanju Pradhan and the veteran striker- Dipanda Dicka.

Yan Cheng Law, Head Coach of Punjab FC stressed on the importance of a fresh start and said, “The difference this season and the last is that the entire squad is new apart from 3-4 players. We have changed our philosophy to meet the standards and demands of modern-day football, knowing that most of the other teams have got foreign coaches and are going to play serious tactical Football. We have a perfect blend of top experienced players who know the Hero I-league very well and a bunch of fantastic young players who are currently playing in the Junior National Teams. “

He further added, “The foreigners that we recruited are also all-new except for Dipanda Dicka who is a proven product in the I-league. They have all been brought to the club keeping in mind the Indian Contingent that we have and how they can incorporate a perfect blend of Indian and International players.”

Commenting upon the opposition the Punjab FC gaffer said, “Churchill is a Fantastic Team and have got a lot of history and have tasted success since the beginning of the I-league. They also have Fantastic players and a good fluid style of play. They are very strong at home and their fans crowd the stadiums each and every time. It’s going to be a tough game, but we are looking very positive and have had a fantastic pre-season. I hope to get three points and start the season on a high note as we need the motivation and confidence to play East Bengal next at home.”

Churchill Brothers FC Goa will be going head to head with Punjab FC on December 1, 2019, Sunday at Nehru Stadium in Fatorda. The match will be broadcast LIVE on DSPORT from 5:00 PM IST.