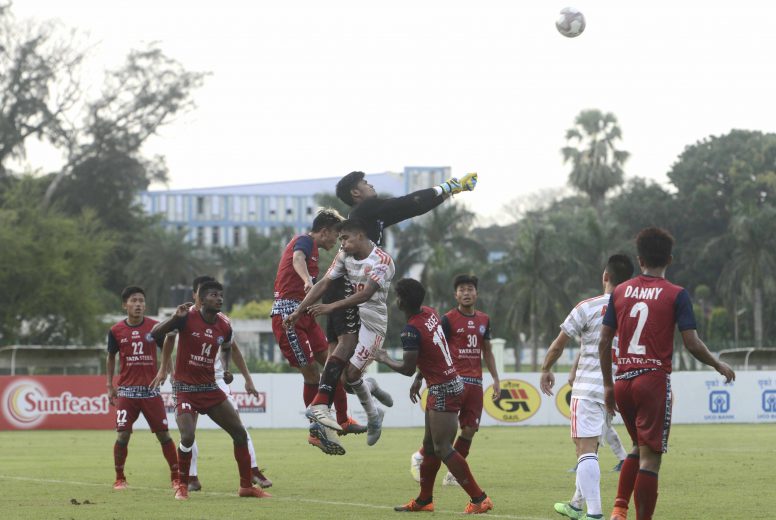 The match commenced with Army Red’s scoring within a few minutes. At the 4th minute, Suresh Meitei of the Army outfit scored the opening goal through a header to give his side an early lead. However, Jamshedpur FC was determined to bounce back. Soon after conceding, at the 17th minute, Vimhal Kumar of Jamshedpur FC scored the first goal in JFC’s Durand campaign. Out of confidence, Jamshedpur really dominated and went on to score their second goal. The second goal came from the same man as Vimhal completed his brace at the 33rd minute. At the half time, the scoreboard read 2-1 in favour of the ‘Men of Steel’.

The second half resumed with Army Reds launching furious attacks. It was a satisfying day for the Jamshedpur shot-stopper, as Amrit Gope ensured some crucial saves and kept the Army Reds offence at bay. However, at the 67th minute, the inexperienced JFC side crumbled to the pressure and conceded a penalty. The match-winner, N Suresh Meitei rose to the occasion and guided the ball back into the net.

The match concluded with none of the sides emerging triumphant. Although, it was a day of fantastic football played at the Kalyani Stadium. Meitei scoring his brace and the match-saving strike for the Army team received the man of the match.

Alas! on the basis of the points scored, the Army Reds conclude their journey in this season’s Durand Cup. Jamshedpur FC for their final encounter will face Bengaluru FC on 17th of August at the VYBK Stadium, Kolkata.