Shock defeats, late dramas and inspiring performances from underdog teams has already made this World Cup one of the best ones on field in recent times yet there is another side of the story that doesn’t paint a bright picture.

In a high Octane events like the FIFA World Cup, there is always a risky potential for all kinds of offensive emotions and actions – from players, staffs, fans to even some broadcasters. This has been seen in this world Cup too, from dangerous Internet troll attacks, Maradona’s bizarre antics to racial gestures on Mexican television show, the other side of the even doesn’t paint a bright picture

Dangerous effects of trolls on Internet

Like French-Algerian player and Real Madrid star Karim Benzema once stated, “If I score, I’m French. And if I don’t score or there are problems, I’m Arab”, the problems of fan outburst has been evidently seen in this world Cup too. Swedish Player Jimmy Durmaz recently had a taste of this similar encounter.

Durmaz, who was hailed as a hero last year, after his goal in Sweden’s 2-1 win over France in the World Cup qualifier, became a villain for the same fans a year later. He has been called as a “suicide killer” and the “Arab devil” by fans for giving away a late free-kick against Germany on Saturday.

Mexico’s soccer federation was fined for “discriminatory and offensive” anti-gay chants its fans made toward Germany’s goalkeeper in their World Cup opener. After players urged fans not to repeat the chant, there weren’t any other incidents in Mexico’s two remaining group stage matches.

Dear @Telemundo @TelemundoSports & @TLMDPR , whoever this guy is on the left needs to get fired ASAP for being a racist on air. If someone were to say or make racist gestures about Latinx folks we’d ALL be up in arms & this is no different #SayNoToRacism #TelemundoMundial pic.twitter.com/SvzSednPAd

As South Korea wrapped up a stunning 2-0 upset over defending champion Germany, the hosts on Mexico’s television morning show, were shown celebrating the result — since it helped Mexico advance to the knockout round. Unfortunately, one of the show members was caught making a racist slant-eye gesture as the cast danced and laughed on the set. This incident did not go unnoticed as people on social media began calling this out.

In a world that desperately demand respect for our Latinos, this pretentious clowns from @Telemundo are misrepresenting and entire community with this racist remark. We can do better! What a shame. pic.twitter.com/l7o7DAmtQt 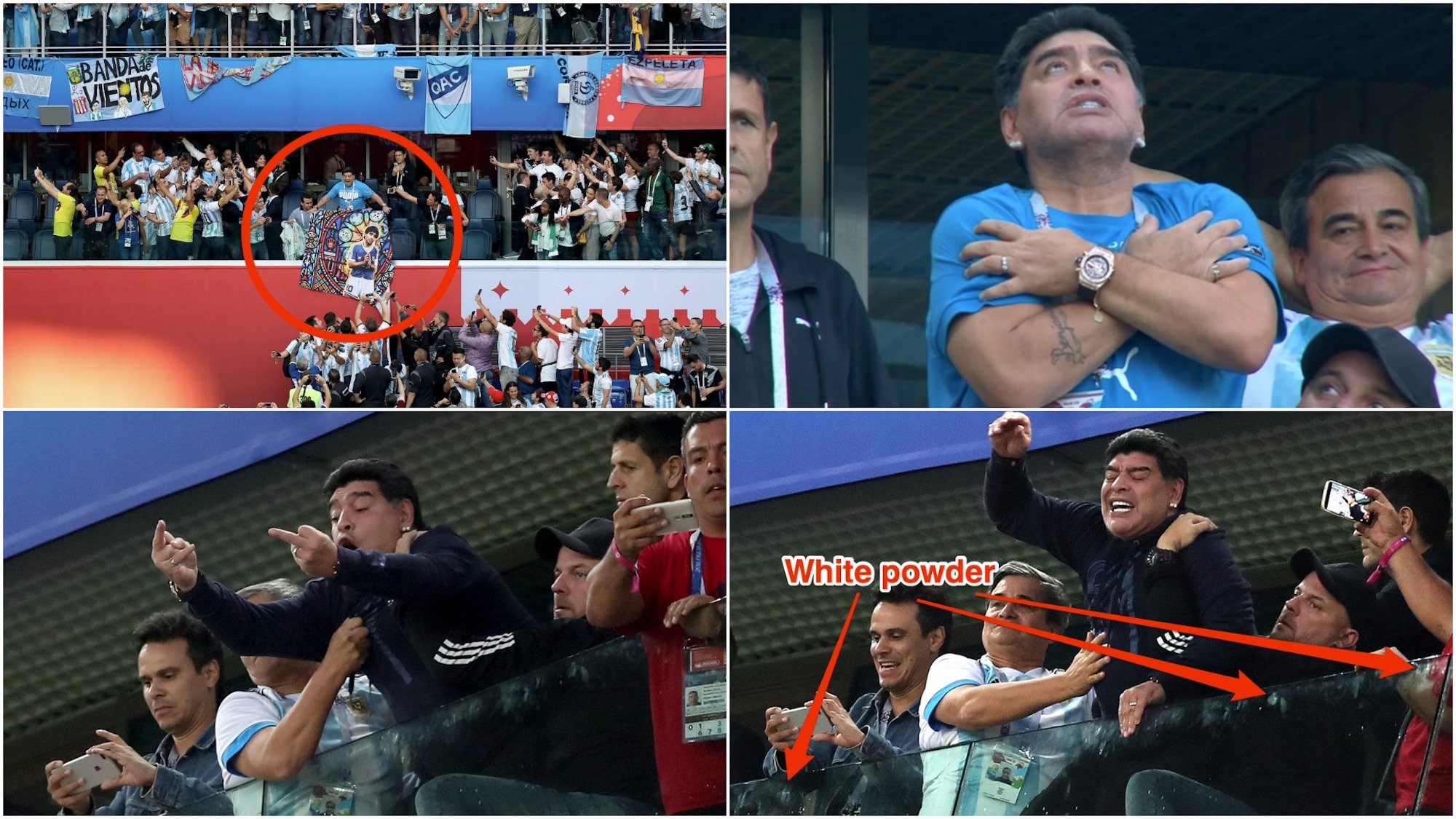 Earlier in the World Cup, soccer legend Diego Maradona of Argentina made the same racist gesture toward a group of Asian fans at the Argentina vs. Iceland game. That, along with other behavioural issues including the one in which he danced with a Nigerian soccer fan, celebrated the team’s first goal in bizarre fashion, and fell asleep at half-time. This was followed by his projection of middle fingers into the air when Argentina grabbed a late winner.

Getty photographers captured the moment as his friends attempted to hold him back so that he did not fall over a glass barrier that appeared to be stained with what looks like a white powder. He was then seen requiring medical assistance in leaving his seat and was flown out in a private jet to Moscow.

Also Read: Curse of the champions continue as Germany crash out of World Cup