Where is the transparency? Registered under PIFA, two players represents Mumbai Rush in Youth League

A strange and dubious incident occurred in the ongoing MDFA U-14 Youth League. Two PIFA FC’s players, who were registered under PIFA FC, went out to play for Mumbai Rush (Steadfast) just four days after being named in PIFA FC’s squad against Boxer FA. PIFA’s Coach and Manager Nirvan Shah expressed his outrage regarding this incident, citing he will take this matter to AIFF, India’s football governing body. 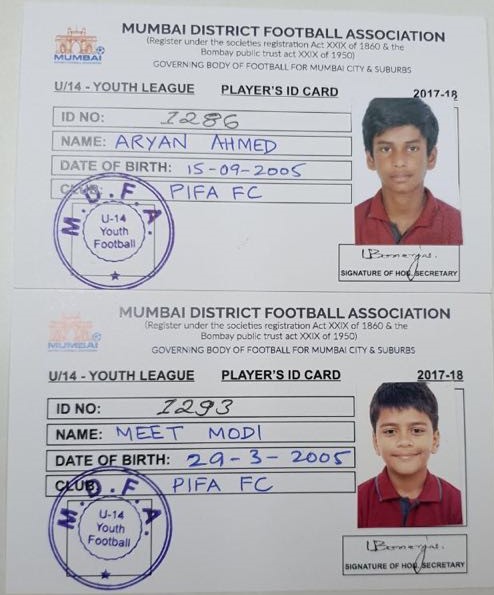 What actually caused the uproar was both Aryan Ahmed and Meet Modi were registered with PIFA FC prior to the MDFA U-14 Youth League. On 15th April 2018, against Boxer FA, both the players were named in the PIFA squad as they were registered with the club. Four days later, on 19th April, Aryan and Meet represented Mumbai Rush (Steadfast) against Boxer FA despite PIFA’s disapproval to join Mumbai Rush. “The player Aryan (Aryan Ahmed) played the U-13 League just now with an agreement to play MDFA Youth League as well. After we registered him and Meet (Meet Modi) with MDFA (Youth League), they want to switch to Mumbai Rush (Steadfast FC). We said it’s not possible. We also refused their request for NOC,” PIFA’s coach Nirvan Shah said to Footballcounter. 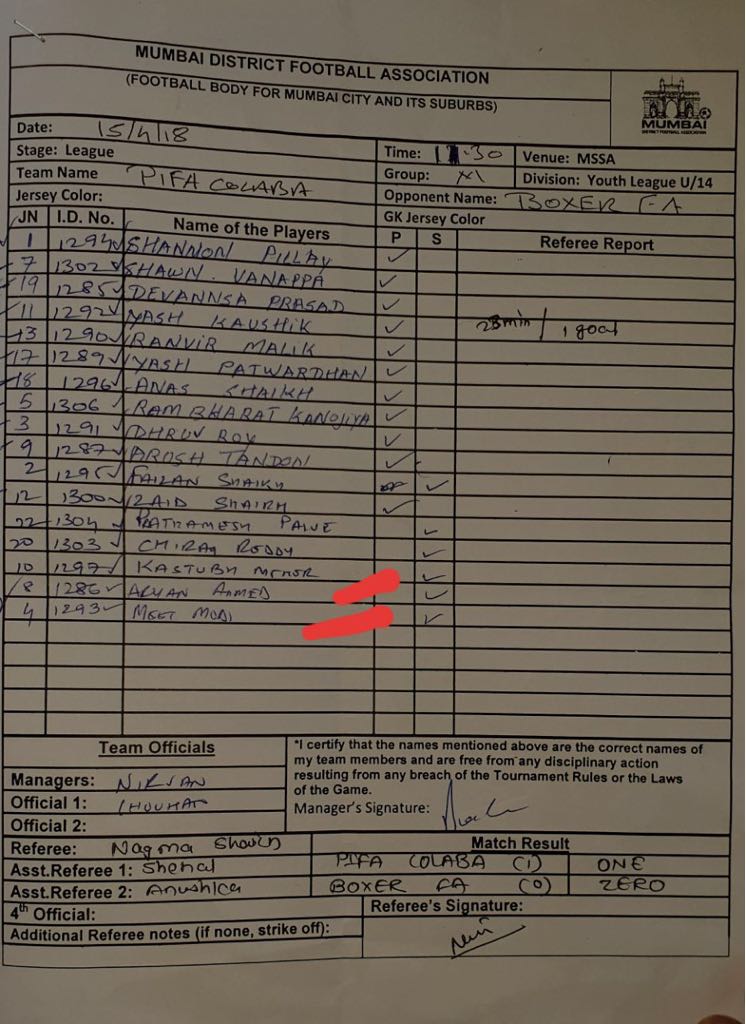 Four days before playing for Mumbai Rush, they were named in PIFA’s squad

“In fact, the third player, Ammar Momim, didn’t even ask for NOC, we are taking this issue up with AIFF. The question is that if Mumbai Rush is an academy, where are their players that they are developing? Secondly, why are we made to register players on a national platform, taking players approval and paying AIFF a certain fee. And then, say no NOC is mandatory. FIFA clearly states academies have to be compensated for the investment they made in a player.” PIFA’s manager said.

This whole incident raises a question here. What’s the point of registering the player’s under CRS or any other platform when there is no transparency at all? This is indeed a serious issue which MDFA and AIFF must look into.