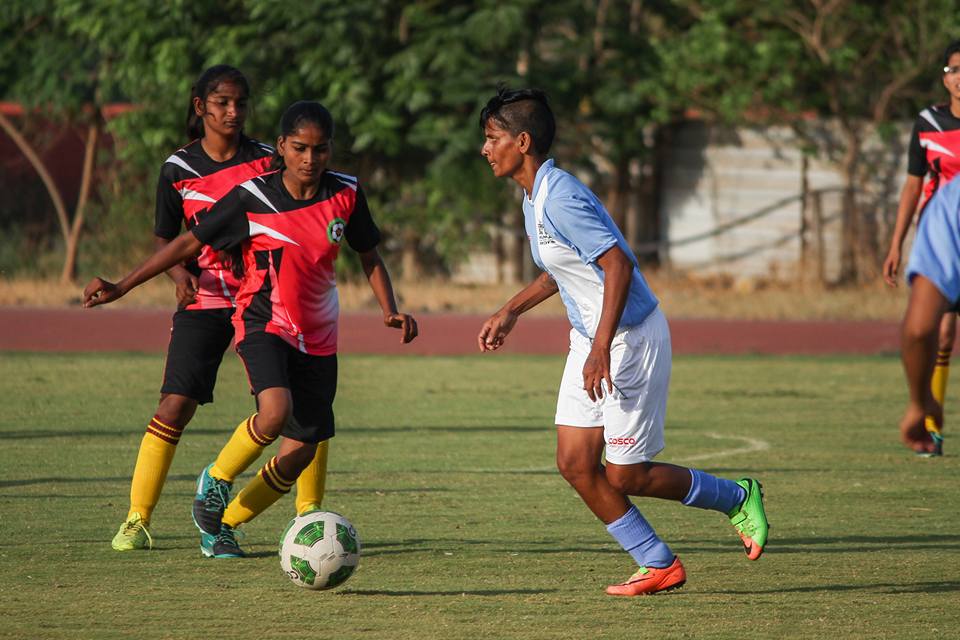 21st April 2018, Mumbai: The ongoing Inter-District Women’s Championship at Nashik saw a total of seven matches being contested earlier today. Championship’s favourites Pune, Mumbai, Kolhapur, Nashik and Nagpur comprehensively booked their place in the next round of the tournament with an excellent attacking display.

In the other game, Pune’s arch-rivals Mumbai produced a scintillating attacking display to trounce Solapur 9-0 in their opening game. Prolific Namrata Thakur scored an outstanding four goals in the first-half followed by Meenakshi’s brace and a goal apiece from Samchi, Laura Estebeiro and Deepika Masurkar. It was a dream start Mumbai wished for.

The biggest winner of the day proved to be Nagpur who defeated Washim 10-0 in a one-sided affair. There were seven different goal-scorers for Nagpur in what was a spectacular display. Nirmala Dhurve scored a hat-trick while Rinky Yadav (2), Sunita Yadav, Nikita Karmakar, Harsha Yadav, Riya Sukhdeye, and Nikita Shende also got on the scoresheet.

Just like Mumbai’s Namrata Thakur, Kolhapur had their very own prolific goal-scorer by the name of Pratiksha Mithani who scored four goals in a 5-0 Kolhapur win against Bhandara. Aadhika Bhosale, meanwhile, scored the other goal.