AFC U-16 Championship: When emotions did all the talking for Indian U-16s 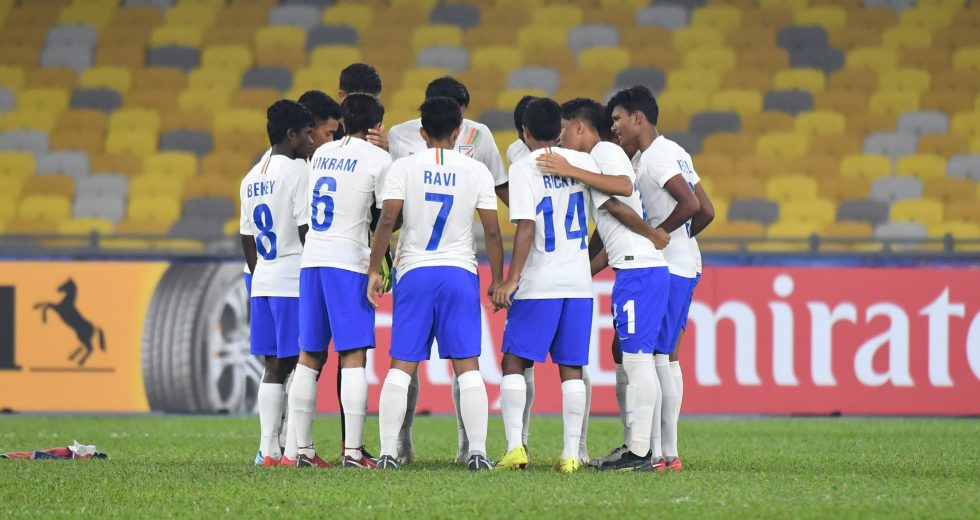 There wasn’t much noise in the Indian dressing room after the Indian U-16 National Team qualified for the AFC U-16 Championship quarter-finals for the first time in sixteen years. An air of calmness and determination gripped the dressing room with the squad emotional in their own sense.

Emotions ran high and did all the talking.

You could not miss the glee behind eyes of every player – all earned with hard work and sacrifice. Some nursed the scars of battles, some could not believe that they are now a part of history and all held their head high for the challenge ahead.

The squad knew it was no small feat to qualify ahead of Iran. Neither it is a small feat to keep three clean sheets in a group stage, nor to earn applause by opposition supporters. The colts, however, did it all. With those statistics, facts and figures in mind, the faces in the dressing room brimmed with confidence but stopped shy of over.

If the potential of the team was not visible in the 1-0 win over Vietnam, then it certainly was in the two 0-0 draws against Iran and Indonesia. Even 11,000 supporters from Indonesia, that cheered for their own team, could not deter bolstered Indian spirits keen on making it to the pages of history.