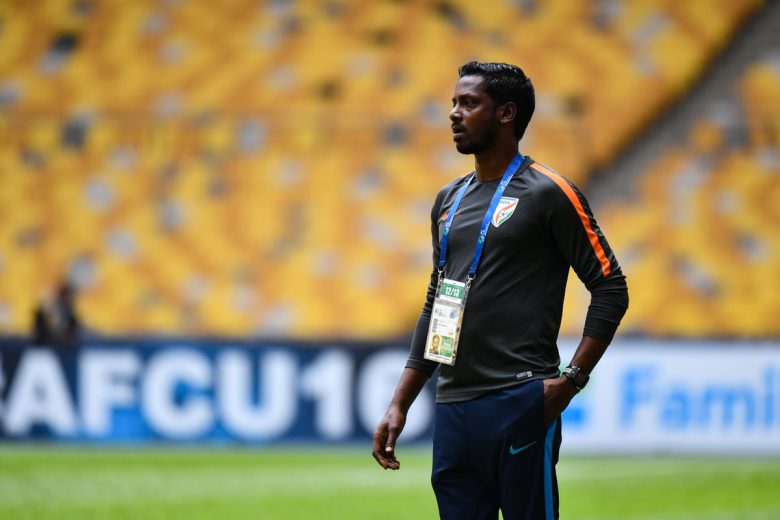 It’s not often that a rival coach in football is applauded by journalists at the post-match press conference.

Moments after India drew 0-0 with Indonesia to earn a berth in the quarterfinals of the ongoing AFC U-16 Championship in Malaysia 2018, journalists from Indonesia and Malaysia gave India U16 Coach a standing ovation.

The gesture was their appreciation of India’s “lion-hearted performance”, not just against Indonesia, but in all the group stage matches. For some moments, the soft-spoken Bibiano Fernandes, Head Coach of the Indian U-16 National Team was speechless. He smiled later, took a deep breath and smiled again.

“This is a special moment for all of us,” Bibiano stated. “We have sacrificed a lot to be here and worked hard every day to get to where we are. This is a moment which I will revere forever,” he stated. “I need to thank my staff, the grassroots coaches who tutored these kids at a young age, and my players for putting in the hard work day in and day out.”

For the record, it was back in 2002 India had last qualified for the quarter-finals of any AFC U-16 Championship. “There is incredible potential in this team. The players displayed their ability to execute a game plan to perfection.”

India have not conceded a single goal in the AFC U-16 Championship so far, including the Qualifiers in Nepal in 2016. “Our defence has been one of our key strengths. They have played against high calibreattacking teams and proved their mettle,” he maintained.

“The boys have learnt a lot from our exposure tours where we played some of the best youth teams. But in such matches, there is a lot of pressure and it’s a huge learning experience,” he added. India finished runners-up in Group C with five points in three matches, finishing ahead of Iran and Vietnam. Indonesia, who finished on 5 points, managed to top the Group courtesy a better goal difference.

“We gave a lion-hearted performance in the group stages and we have more to offer in the quarterfinals,” Bibiano informed. “We will fight.”

Referring back to the last group league match against Indonesia, Bibiano quipped: “We knew that Indonesia were quick on the counters. In the second half, we played our natural game of high pressing football. We even had chances to score and had we taken those, the complexion of the match would have been totally different.”

AFC U-16 Championship: When emotions did all the talking for Indian U-16s
Realistic anticipations of beating strong team is the sign of development: Abhishek Yadav