Realistic anticipations of beating strong team is the sign of development: Abhishek Yadav 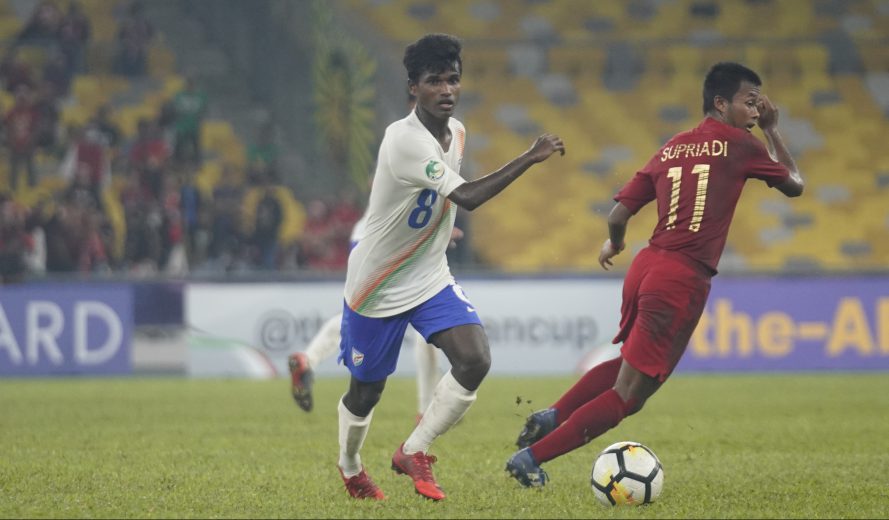 Indian youth teams, in recent times, have been on an upward surge in terms of results. While the Indian U-16 boys have already equaled their best ever performance in the AFC U-16 Championship in Malaysia 2018 by reaching the quarter-finals, the Indian U-19 boys had defeated Argentina of late.

Meanwhile the Indian U-16 Women’s National Team, after winning the SAFF Championship had narrowly missed out in the Qualifiers of the AFC U-16 Women’s.

In an exclusive interview, AIFF’s Director of National Teams Abhishek Yadav talks at length about the Indian youth teams, the “ongoing process” and a lot more.

The Indian youth teams have done well in recent times. Your thoughts.

A combination of multiple factors is helping our youth teams. The primary factor is the intent of the AIFF to continue on the path of development. Thanks to the support of the AIFF President Mr. Praful Patel, AIFF General Secretary Mr Kushal Das and our partners FSDL, I have been able to articulate the intent and design plans which have been presented to the MYAS and SAI.

It is owing to their backing that we are able to execute our plans in which playing competitive matches against stronger opponents holds the highest importance. Concurrently, AIFF’s coach education programmes, the growth of Youth Leagues, and more are creating an essential mass that raises the talent available at disposal for scouting.

The Indian U-16s have been undefeated so far in their AFC Qualifying and championship campaign. Are you happy with the performance?

I am happy that we have progressed to the quarter-finals of the Championship. I am happy that we were able to execute the preparatory programme as per our concepts. However, I remain excited owing to a feeling that this group of players is capable of better performances and further improvement as players. Reaching the AFC U16 quarter-final is an incidental part of a journey. Our goals are much higher.

What does it mean for Indian Football?

At a macro-level, I gauge AIFF’s work with youth teams is kindling hope and belief in the Indian football fraternity — we are realistically anticipating overcoming strong youth teams like Iran today. This in itself is a sign of progress and as belief spreads across academies and clubs in our country; our growth should gather more momentum.

How crucial were the exposure trips?

For our youth players, we have made the exposure trips as the most crucial aspect than any other because we played matches against quality opponents in different conditions, providing our youth players theexperience which is very important.

We have preferred playing national teams and in tournaments. We have been choosy. Our boys are now familiar with players and playing styles of dozens of countries due to the exposures and the players feel more confident. The work will continue.

Will this team act as a spinal for Indian teams to come?

We are creating the platform and opportunities for players, coaches & support staff to grab and proceed to serve Indian football in the long run. It may not be appropriate to think of just one team of teenage players as a likely spine for our future teams.

We already have the past AIFF Academy players in the fray. We have already started the next age-group team, which has boys born in 2003/04. The process will go on.