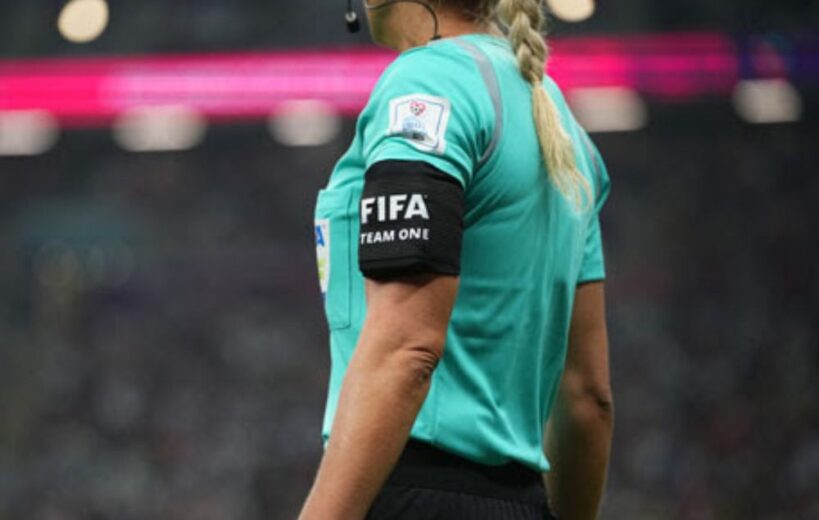 Today, the FIFA Referees Committee announced the names of the match officials selected for the FIFA Women’s World Cup Australia & New Zealand 2023™. A total of 33 referees, 55 assistant referees and 19 video match officials (VMOs) will form FIFA Team One and have been chosen in close cooperation with the six confederations, based on the officials’ quality and the performances delivered at FIFA tournaments as well as at other international and domestic competitions in recent years. For the first time in the history of the FIFA Women’s World Cup, six female VMOs have also been selected.

“As always, the criteria we have used is ‘quality first’ and the selected on-field match officials represent the highest level of refereeing worldwide,” said the chairman of the FIFA Referees Committee, Pierluigi Collina. “We all remember the very successful FIFA Women’s World Cup 2019 in France. The high standard of refereeing contributed significantly to that success. The aim for the FIFA Women’s World Cup Australia & New Zealand 2023 is to repeat that success and to convince again with excellent referees’ performances.”

The “Road to Australia & New Zealand” project started back in 2020, with more than 170 candidate match officials going through intensive preparation. Due to the COVID-19 pandemic, however, this preparation was anything, but easy as in-presence activities were suspended for a long period.

“Even though the pandemic affected our activities, we had enough time to provide the candidates with good preparation. As we did for the FIFA World Cup Qatar 2022, we are announcing these selections well in advance to be able to work in a purposeful and focused manner with all those who have been appointed for the FIFA Women’s World Cup, monitoring them over the coming months. From the selected referees, we expect a rigorous and focused preparation for the Women’s World Cup, a competition that FIFA and its president hold in the highest of regards,” said Collina.

Kari Seitz, FIFA’s Head of Women Refereeing, stressed that the match officials will continue to receive all necessary support from FIFA, as their preparation is paramount.

“With critical time lost due to the pandemic in preparation for the Women’s World Cup, we developed some new programmes to accelerate our referee development, such as our very effective Tracking & Support programme, where each referee candidate was assigned a FIFA coach who provided feedback on their matches each month. This programme will continue to be critical in the final phase of preparation for the FIFA Women’s World Cup.”

The FIFA’s women’s refereeing programme has ensured high-level and targeted preparation in the whole preparation phase so far, with referees participating in important and demanding competitions to showcase their skills and use those matches to prepare themselves mentally, physically and technically. In addition to the U-17 Women’s World Cup, the U-20 Women’s World Cup and the Algarve Cup, FIFA also created a new partnership with the Maurice Revello Tournament, a U-20 men’s national-team competition, to further the candidates’ preparation. More recently, a historic milestone was reached when six female officials were appointed for the FIFA World Cup Qatar 2022™. By officiating the group-stage match between Costa Rica and Germany, Stéphanie Frappart, Karen Diaz and Neuza Back made history as they were the first female match officials to take charge of a game at the FIFA World Cup™. Kathryn Nesbitt also acted as an assistant referee for the round-of-16 game between England and Senegal.

In January and February, the selected match officials will participate in preparatory seminars (in Doha and Montevideo), reviewing and analysing video clips of real match situations and taking part in practical training sessions with players, which will be filmed to enable participants to receive instant feedback from instructors.

The VAR system was implemented with resounding success at the FIFA Women’s World Cup France 2019™. Four years later, a team of 19 video match officials (VMOs) will operate in Australia & Aotearoa New Zealand, including, for the first time ever, six female VMOs.

“The development of female VARs has been vital for FIFA as part of the Road to Australia & New Zealand project, and we are pleased to have achieved this result. With only a few women’s competitions using VARs, the role of FIFA has been to provide international game experience to women in the U-17 and U-20 Women’s World Cups as well as to encourage member associations using VARs to certify their women referees in this role and appoint them for matches as often as possible. While significant progress has been made, more work is still necessary,” concluded Collina.