WIFA Women’s League: Aspire wins big, PIFA stays at top of the table with a 4-0 win 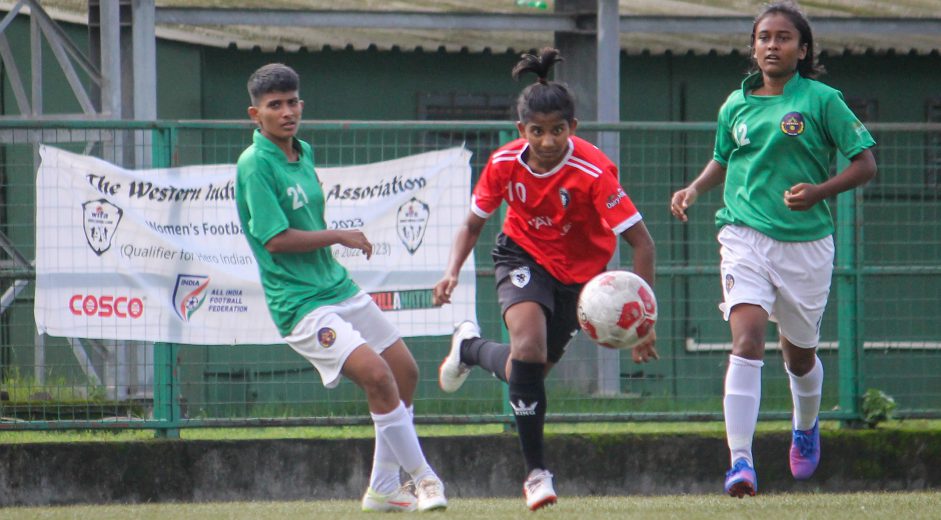 Defending champions PIFA sports keep their grip at the top of the table with a 4-0 win over city rival Kenkre FC; Meanwhile, FSI and Puneri Warriors share the spoils while Aspire FC picks consecutive wins.

Nirvan Shah’s side picked a crucial 4-0 win over their city rivals Kenkre FC, to keep their hold of the league leader position with another comprehensive win.

Coming on the back of two wins, PIFA took charge of the game early on with some good attacking moves in front of Kenkre’s defense. After some back and forth, PIFA took the lead when from a corner set-piece the ball fell for Mamta Kumari in space as her shot beat Kenkre keeper Sushma making it 1-0.

Ten minutes late, a handball inside the Kenkre box gave PIFA the opportunity to double the lead through penalty as Akanksha Kandalkar made no mistake dispatching the ball past the keeper to make it 2-0.

In the second half, Kenkre tried hard to get back into the game creating some chances of their own but found it hard to break the PIFA defense. Just minutes after the hour mark, a twin strike in the space of three minutes by Akanksha and substitute Dolly Kumari killed the game for Kenkre as PIFA took a 4-0 lead into the match.

The second game of the day saw some good end-to-end football between Footie First and Puneri Warriors as the game eventually ended at 2-2 score line with both sides taking home a point each.

Preetha Nayak broke the deadlock in the 16th minute for Footie First, ending the club’s goalless run of 206 minutes in the competition. Puneri Warriors fought back with striker Nilisha Sanket leveling things up in the 37th minute. Both sides entered the break on level terms.

Both sides tried to look for a winner but no more goals were further scored till the final whistle as the game ended at 2-2.

In the final game of Matchday 4, Aspire FC took on FSI Navi Mumbai in a rather one-sided contest where Pune-based Aspire FC came out triumph. The first half saw FSI showing some solid defensive line to keep Aspire’s attack in check for the most part. Vaishnavi Barate broke the deadlock in the 20th minute to put Aspire in lead. It wasn’t until the final minutes of the first half that Aspire managed to double the lead after Muriel Adam’s shot beat the keeper to nestle into the net.

The late goal deflated FSI as seen in the second half where Aspire managed to ship in five goals. Gita Das struck a brace while Sapna Rajpure and Saniya VS added one each. Substitute Ajoosha Shirin scored late in the injury time to complete the 7-0 rout.