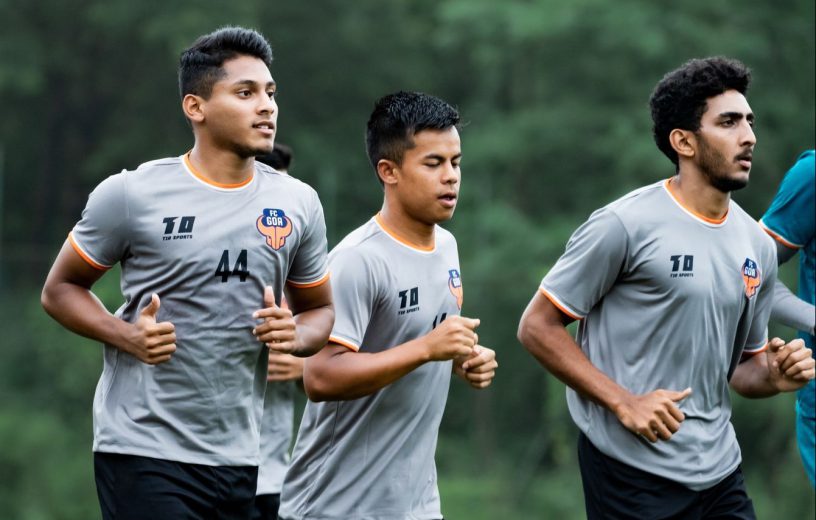 Mumbai, August 18, 2022: Defending champions FC Goa may not have started their Durand Cup 2022 campaign on a strong note, but a comeback is definitely on the cards for them as they prepare to face the Indian Air Force Football Team in their second group stage match on August 19.

The Gaurs took the lead against Mohammedan SC in their opening match on Tuesday, before a second half blitzkrieg helped the Black Panthers take home the three points. As a result, the Boys in Orange will be keen to get their campaign off and running on Friday.

This will also be the IAF Football Team’s first match of the tournament. In Durand Cup 2021, they finished third in their group with one point from three matches.

As FC Goa are yet to open their account in terms of points in Group A at the tournament, the equation is quite simple – win each of their remaining matches to ensure qualification to the knockout stages.

This is exactly what the young Gaurs will try to do come Friday, when they lock horns with the Indian Air Force Football Team.

“The players are ready and we have been training well, in a bid to put the defeat against Mohammedan SC behind us,” FC Goa head coach Deggie Cardozo said on Thursday.

“Of course, the effort was there but the result (against Mohammedan) was not in our favour. No more thinking about it. Our focus is completely on ourselves and what we can do.

“The top objective remains to try to win every game we compete in. We are still on course to do that. A few individual mistakes cost us on Tuesday, hence we have worked on improving communication between the players. We also have confidence in our ability to play with the ball, and overall we hope to have a good match against the Air Force.”

“As a team, we’re disappointed with how we lost our first match. We know that we could have done better, which is why we’re eager to make amends going forward in the Durand Cup,” Phrangki Buam said.

The winger was one of the bright spots of the FC Goa side that went down fighting against Mohammedan SC, featuring for the full 90 minutes against the I-League outfit. “We created some good chances. Nemil scored a wonderful goal and we did well in defence especially in the first half. These are the points that we’re looking to build upon as we prepare to face the Indian Air Force,” he added.

Another player who impressed was Hrithik Tiwari, who made a few solid saves to keep the Gaurs in the hunt for a greater part of the game.

“I’m happy with my individual performance, but as a team I’d like us to do better. We would love to defend the title and are training accordingly, giving our 100 per cent,” the shot-stopper said.