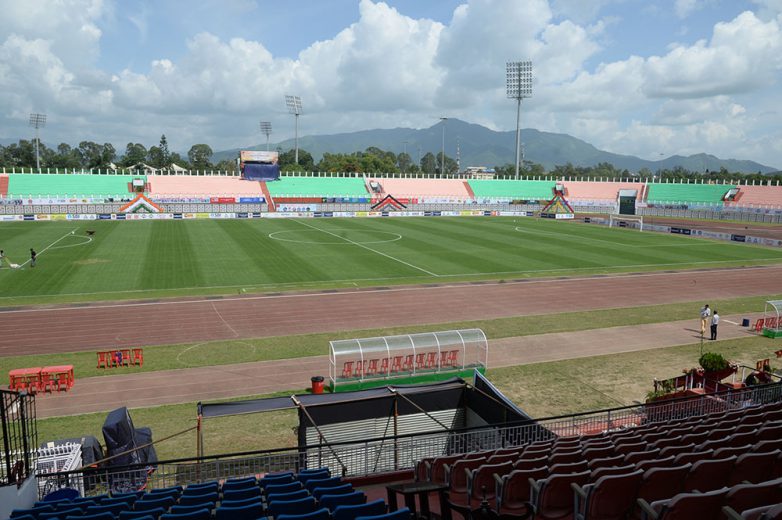 Kolkata, Wednesday, August 17, 2022: The Imphal derby between Neroca FC (NFC) and TRAU FC (TFC) and the much awaited Durand Cup debut of Mumbai City FC (MCFC) will highlight Matchday 3 of the 131st IndianOil Durand Cup football tournament, group stage matches of which are currently ongoing in the three cities of Kolkata, Guwahati and Imphal. The Imphal derby will also mark the first time a Durand Cup game will be played in the state of Manipur, otherwise a powerhouse in Indian football.

Kolkata giants Mohammedan Sporting won their Group A game 3-1 over champions FC Goa in the opener at the Vivekananda Yuba Bharati Krirangan (VYBK) on Tuesday in a repeat of last edition’s final, while Bengaluru FC ran away 2-1 winners over Jamshedpur FC (JFC) in the second Group A encounter at the Kishore Bharati Krirangan in Kolkata, earlier today.

Later in the evening, North East United FC (NEUFC) are set to take on Odhisa FC (OFC) in the first Group D game at the Indira Gandhi Athletic stadium in Guwahati, which will also be the first ever Durand Cup game played in Assam.

The “Big Boys” of Mumbai City FC coached by Des Buckingham are first up on Matchday 3 in a Group B game at the VYBKagainst an Indian Navy football team which is a settled side with some experienced and talented players, and on its day can give you a run for your money, in an otherwise David versus Goliath contest.

The Navy men’s coach VS Abhilash summed it up perfectly when he said, “We are playing against one of the best teams in Asia and one of the Durand cup favourites. Many big names in their squad.” But the fact that they are a confident and quality side came out when he added, “We have analysed their last year ISL & AFC matches. According to that we have some plan. Looking for three points nothing less than that.”

The sailor men on the other hand will rely on the leadership of Dalraj Singh from deep defence, the wing-play of the likes of P.M. Britto and Pintu Mahata as well as the sharpness of their Kerala centre-forward Sreyas VG upfront, all of whom have been plying their trades in the top Indian leagues for some time.

Des Buckingham in his pre-match chat spoke about starting well and also about his future plans with the team saying, “We’ve just had three weeks of a preparatory camp in Dubai before we’ve come here because we wanted to prepare as well as we can firstly for this tournament, and then secondly, for the ISL. But, I won’t disrespect this tournament and say we’re using it as a preparation for ISL because it is the oldest competition in Asia and it’s our first time competing. So of course, we want to try and do as well as we can. We must make sure that we get off to a good start and that’s making sure we only look at the first game within the group.”

The Mumbai gaffer added, “For me as a coach, for us as a playing group and as a club, we want to continue where we left off in the AFC Champions League last season, which is continuing to build our brand of football, continuing to give players opportunities to showcase what they can do, whether it’s on the Asian stage or here at the Durand Cup or whether it’s in preparation for the ISL. So for me, of course, it’s going to be our first competitive game against the Indian Navy, but it’s very much important that we try and pick up where we left off at the back end of last season.”

The evening game of Matchday 3 between the two biggest clubs of Manipur, Neroca FC and Tiddim Road Athletic Union (TRAU) FC is sure to set the Khuman Lampak alight as it always does. A sea of Orange, the Neroca colours and Red & Green, the TRAU colours can be expected to further brighten the picturesque venue. Given the momentous occasion, with the Hon. Chief Minister, Shri. Biren Singh himself being a former Durand winner and the passion for the game in the State, you can expect a fantastic competitive game.

Both teams finished mid and bottom table in their previous I-League season, with the orange brigade finishing seventh while TRAU finished ninth. However in a derby game, the two have always fought it out tooth and nail and kept their adoring fans on the edge.

Neroca though appear stronger on paper with four foreigners bolstering their line-up from defence to attack while TRAU only have the sublime skills of Tajik Komron Tursunov to fall back upon, in an otherwise talented locally assembled squad. Thokchom James Singh and Tondomba Singh bring the derby experience to the Orange squad while Manas Pratim Gohain and Bishorjit Singh bring the same for TRAU.