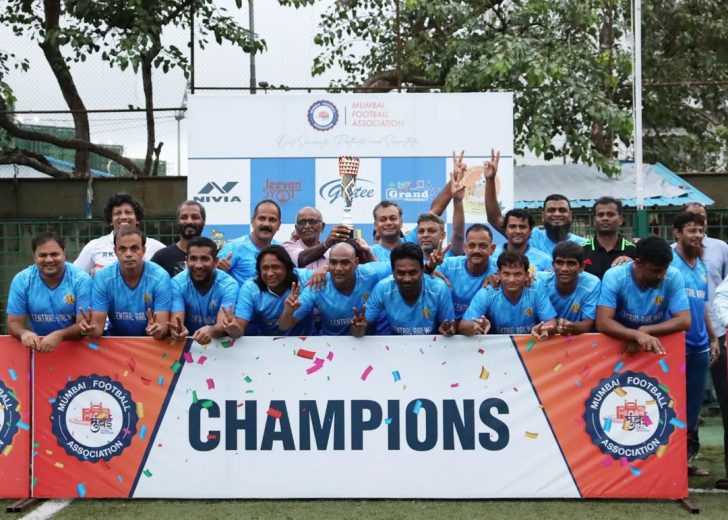 In an enthralling game that got extended to the Penalty shootout, Central Railway managed to hold their nerves to edge past Golden Gunners in the final and emerge the champions of MFA Veterans Tournament

Both teams had an excellent group phase not losing a game all the way to the final. Earlier in the semi-finals, CRSA had produced another gritty grinding performance to knock out tournament favorites Ambernath United in another close penalty shootout. At the other, Golden Gunners had gunned downed Mumbai Knights with a 3-0 decisive victory to come to final.

In the much anticipated final on Saturday, both sides played some end to end delightful football, however both the goalkeepers Sanjeev Verma and Raghuvir Kanolkar were probably the stars of the show denying their opponents strikers any goals. The match than had to be decided on penalties after both halves failed to produce any goals.

Golden Gunners took the early advatage after CRSA failed to make their penalty count early on. However a brilliant save from Raghuvir in the deciding shot brought CRSA back into the contest. eventually CRSA triumphed with a 3-2 scoreline in the penalty shootout. Golden Gunners had an excellent tournament and ended up as the runners-up.