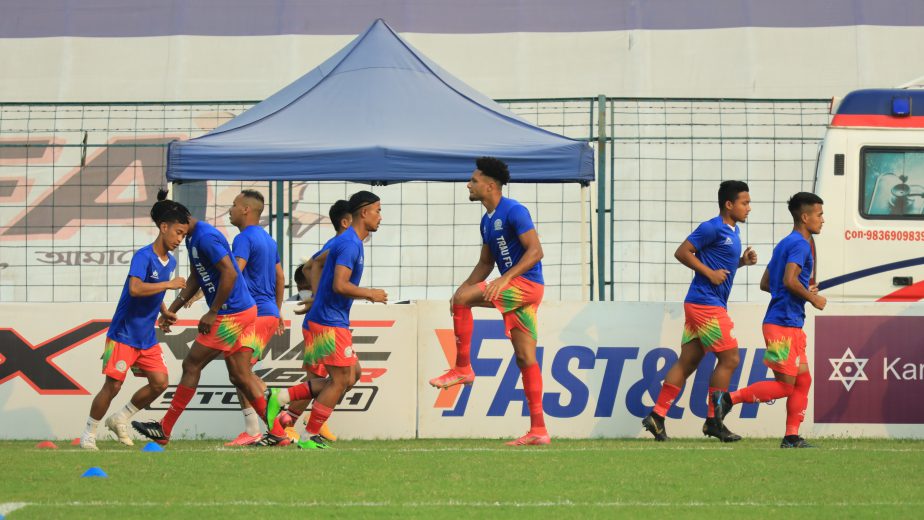 The opening day of Gameweek 10 comes to an end with an entertaining match between TRAU FC and the former champions Aizawl FC. After suffering three consecutive losses, Tiddim Road Athletic Union will be aiming to get back on track while the former champions look to bounce back from a narrow defeat. The game will take place at the Naihati Stadium at 8.05 PM IST on Tuesday, April 5, 2022.

TRAU FC head coach Nandkumar Singh is very much aware of the importance of the Aizawl match. “After the last match, we had an off day. We have analyzed the last match. Players have to minimize unforced mistakes. We still have a chance to finish in the top 7. If we make the right decisions, we can get wins,” the coach mentioned.

Meanwhile,left-back Buanthanglun Samte feels the players are motivated to get all three points. “We are playing well in patches. We have to follow our coach’s instructions and reduce our mistakes. Hopefully, we will win the next match,” Samte said.

Talking about the opponents, head coach Nandakumar Singh feels this match will be entertaining. “They are a good team. It is always difficult to play against such a quality side. In terms of the Top 7 Race, it is a crucial match for us. They are fast and energetic and quite similar to us. Hopefully, we can get the win and start collecting points,” the head coach concluded.

On the other hand, Aizawl FC head coach Yan Law is proud of his players. “I am proud of boys. They are giving their absolute best. Some results are not going in our favour but we have created many chances. Hopefully, we can convert them in the coming matches,” Law mentioned.

Forward David Lalhlansanga accompanied the coach in the pre-match conference and he looked confident and motivated ahead of the match. “We are playing well but making a few mistakes here and there. We hope to minimize them and get the victory,” David said.

Meanwhile, Law wants to respect TRAU. but aims for all three points to move up the table. “We have seen them playing in the last few matches. The point table doesn’t show what they deserve. They have a good set of players who can change the game. We have to avoid silly mistakes. Our primary goal is to keep a clean sheet and score as many as possible, ” the coach concluded.