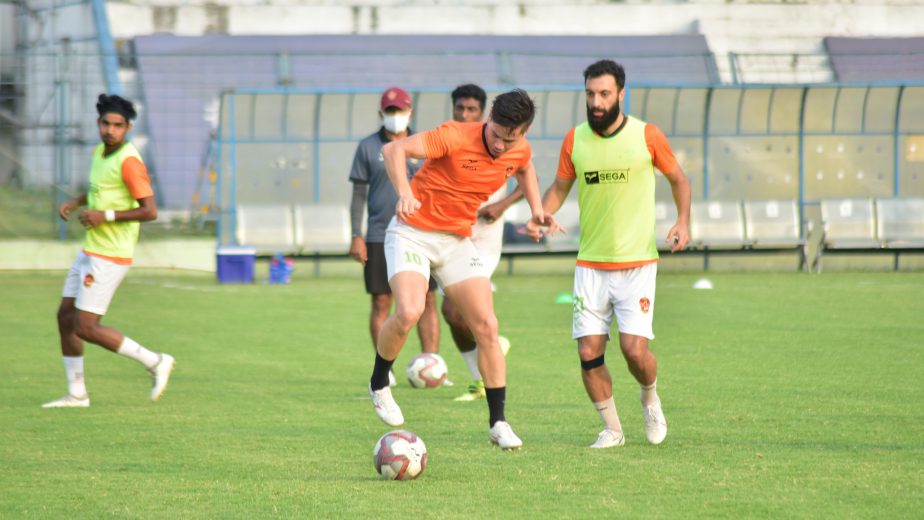 It’s a reunion of sorts as a number of Gokulam’s title-winning players switched bases to Sreenidi before the season.

“Tomorrow’s game is very important for us, especially because there are many ex-Gokulam players in Sreenidi like Awal, Shibil, Mayakkannan, Lalromawia, Salah and coach Varela as well. They will try everything to win. We need to be very focused on our mental preparation,” said Gokulam Kerala coach Vincenzo Alberto Annese.

“We want to dominate and win the second ball. They are strong opponents but I have full confidence in my team. We have solid strikers and defenders,” the Italian added.

One player in focus will be Sreenidi’s star striker David Castañeda, who has scored seven goals already and will present a tough challenge for the Gokulam backline led by Cameroonian centre-back Aminou Bouba. “I’m a defender and I’m not afraid of any striker. I just do my job. It’s a new challenge for me in India and I’ve settled well here,” he asserted.

Coach Annese placed his full confidence in his big defender. “Bouba is enough for him (Castañeda). All our defenders will be more alert tomorrow as he’s a quality player.”

Sreenidi Deccan continued their fine form, picking up their fourth win in the last five games after beating Kenkre 2-1. Coach Fernando Santiago Varela analysed that although his side made a defensive mistake and conceded on the counter attack, they are improving their capacity to control the game, which is why they were able to come back and win.

With a high-profile meeting against Gokulam Kerala in store tomorrow, Varela claimed it’s going to be as important as any other match. “We have to be in the top 7 first and then compete in the championship round to win the title. We’re always focused on how to do better than our previous match.”

Varela was Gokulam’s coach two seasons ago and now has a few former Malabarians playing under him at Sreenidi, but said that doesn’t prey on his mind. “It doesn’t matter where my players have played before. We are a new team and my focus is to improve our players.”

Defender Arijit Bagui feels that it will be a tough game against Gokulam. “They are one spot above us in the table and we want to win tomorrow and overtake them.”

“Sreenidi have built a team capable of becoming champions. We’ll try our best to do so,” the 28-year-old added.