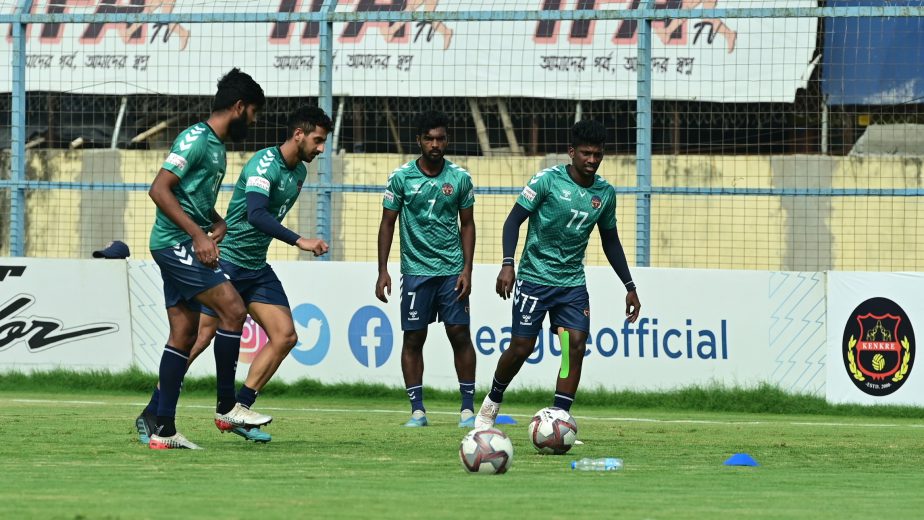 Kenkre FC will be aiming for their first win in Gameweek 10 of the Hero I-League as they take on NEROCA FC. The newly-promoted Mumbai club was defeated by Sreenidi Deccan FC in their previous outing by a slender margin. In contrast, NEROCA faced a humiliating loss against Churchill Brothers FC as they lost by four goals to two. The match will occur at the Naihati Stadium on Tuesday, April 5th, at 3:00 PM (IST).

Kenkre FC has conceded goals in the final few minutes of the game in the previous matches against Aizawl FC, Rajasthan United FC, and Mohammedan SC. Reflecting on the performance of his team, head coach Akhil Kothari said, “Our approach and intent are to progress, and we are looking forward to doing the same when we step on the ground, and we are focusing on areas of self-improvement and minimizing our errors. If we can do that tomorrow, we’ll surely be on the good side.”

Striker Arya Gandharva accompanied the coach in the pre-match press conference and talked about the team and players. “Everything is great, and everyone is positive. We are looking to give our best on the field and improve our game by learning from our shortcomings in the previous matches,” he added.

Moving on to the opponents, Akhil Kothari wants to see improvement in his team’s performance against NEROCA FC. “NEROCA FC is a good team and playing well in the league, having good foreign recruits and some good local talents as well but having said that, we are here looking forward to putting up a show on progression, a show on self-improvement from where we left,” he concluded.

On the other hand, NEROCA FC have just come from their first loss in the campaign and are regrouping themselves to move on and get back to winning ways. Talking about their previous performance, head coach W. Khogen Singh explained, “We lacked in concentration in the first half, and with a young squad which lacked game time, we conceded two goals in 30 minutes.”

“We need to focus on our defense and mainly on long balls, the aerial balls, and in the next match, we’ll improve and pick up from where we left,” he added.

Discussing their opponents, Singh said, “Their style of play is from the back, and they put long balls. So we need to look after this and press high as well as overcome their defensive lines. I think it should be a very good game and a tough game for us also against a very good side.”

Also Read: Happy to be a part of Aizawl FC, the factory of Mizoram football, says head coach Yan Law