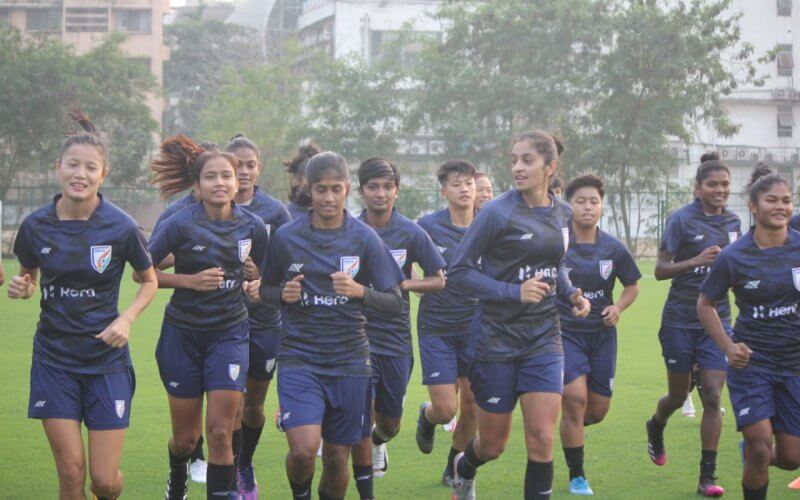 The Blue Tigresses are all set to return to action once again, as they get ready for their upcoming friendly against Egypt, which is set to kick off on Wednesday, April 6, 1 AM IST, and will look to get in a good performance at the Prince Mohammed Stadium in Zarqa, Jordan.

Indian Women’s Team head coach Thomas Dennerby feels that putting in good performance after a break will be important for the team.

“It promises to be a good game, against Egypt, and all the girls are feeling ready to return to the pitch once again,” said Dennerby. “We have a lot of respect for all our opponents, but that does not change our approach to any game. We always want to put in a good performance and play to win.”

Captain and centre-back Ashalata Devi believes that the Blue Tigresses are excited to be back playing international matches together, and a brief camp in Goa has helped get the team together to train for the matches against Egypt and Jordan.

“It feels great to be back in national colours once again, after a short break. We’re all pumped up and ready to go,” said Ashalata. “We have had a good camp in Goa, and it has helped us asses ourselves before going for the two matches. Let’s hope for the best.”

India’s match against Egypt will kick-off at 1 AM IST, on April 6 at the Prince Mohammed Stadium in Zarqa, Jordan, and will be streamed live on the Jordan FA’s YouTube channel.

Also Read: TRAU look to get back on track as they take on motivated Aizawl