Think before you call me old – Sunil Chhetri 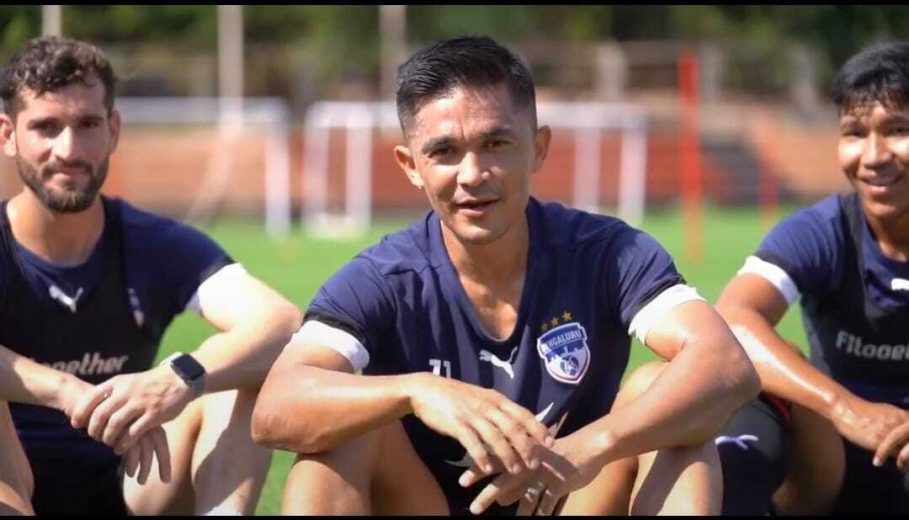 Sunil Chhetri stormed the Indian football community after his recent Instagram post went viral. The 37-year-old sarcastically took a jibe at the youngsters of Bengaluru FC post their training session.

During a Bleep test – a multistage fitness test used to determine stamina and aerobic capacity, Sunil outperformed all his counterparts.

He joined the Bengaluru FC camp last week after a trip to Europe. Post their session, Sunil quoted, “You want to hear a joke? I was on a long trip to Europe, eating about everything last one month. I joined the practice session a few days ago. Yet, these young folks failed to beat me on training. So, the next time you call me old, think about it.”

The Bengaluru FC striker started his professional playing career in 2001 and has since risen through the ranks. He scored 84 goals for India, which ranks him amongst the top three active international goal scorers alongside Cristiano Ronaldo and Lionel Messi. After completing two decades of professional football, Sunil defies all odds and keeps on getting younger.

Bengaluru FC is gearing up for the upcoming season, starting with the Durand Cup. They are pitted in Group-A alongside Jamshedpur FC, Mohammedan SC, Indian Air Force, and FC Goa. They will play their first game against Jamshedpur FC at the Kishore Bharati Krirangan, Kolkata on 17th August 2022.