Next Gen Cup 2022: Bengaluru FC go down to Nottingham Forest to finish fourth 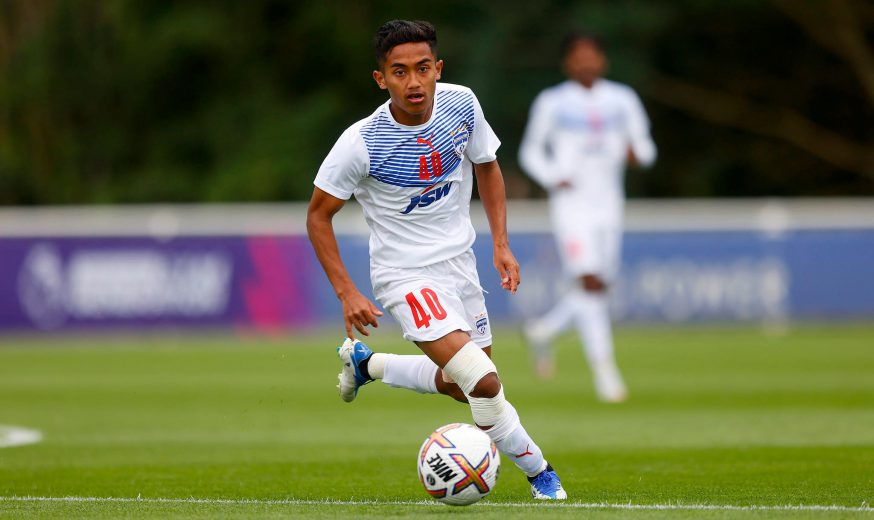 Bengaluru FC didn’t make the best of starts to their 3rd place playoff match against Nottingham Forest as the English side scored twice in the opening fifteen minutes.

Dale Taylor opened the scoring for Forest in the 8th minute before Josh Powell doubled the advantage three minutes later to put his side in a commanding position.

Bengaluru FC though responded well to the early setbacks by asking questions at the Forest backline. Shighil NS saw his attempt saved by the Forest goalkeeper in the 37th minute as the Blues threatened to halve the deficit.

But four minutes from the interval, Taylor added a third for Nottingham Forest as they took complete control of the match.

But Naushad Moosa’s side came out positively for the second half just as they did against Leicester City in the last match and pulled a goal back in the 51st minute as Kamalesh P finished off a fine move from the Blues after being fed by Bekey Oram inside the box.

The goal gave the Indian side the impetus to push for a comeback as they put Forest under pressure on occasions but the English side eventually killed the game as a contest when Esapa Osong made it 4-1 in the 69th minute.

Moosa’s side though continued to compete well and avoided further damage until the dying minutes of the match. Osong scored his second of the game to make it 5-1 in the 88th minute before completing his hat-trick in stoppage time to make it 6-1 in Forest’s favour.

It was a harsh lesson for Bengaluru FC in the Next Gen Cup, but one from which they will learn a lot. Moosa’s men did enough in their two matches in the UK to be proud of their performances.