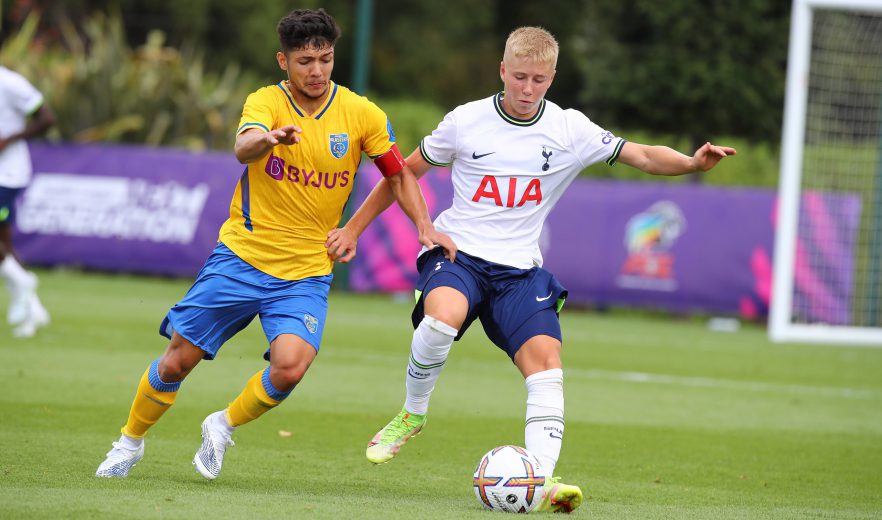 Kerala Blasters FC showed plenty of fight and spirit in their 3rd place playoff match against Crystal Palace but were beaten 4-1 in the end.

Goalkeeper Sachin Suresh was one of the standout performers for the Indian side in goal as he produced a string of top saves.

He was called into action as early as the 11th minute when he denied Palace the opening goal after the Londoners managed to unlock the Blasters’ defence.

Sachin then produced another brilliant save in the 29th minute when he saved a header from point-blank range from Palace’ Ola-Abedomi. However, the Palace attacker could not be denied a minute later as he made the breakthrough for his team.

The Blasters managed to be within just a goal of their opponents at the interval as they went into the second half with their hopes very much intact.

However, just five minutes into the restart, Mooney doubled Palace’s lead with a well-taken goal to give the Londoners some breathing space.

But the Blasters produced the perfect response to the setback by winning a penalty at the other end which was converted by captain Ayush Adhikari in the 52nd minute to get Kerala Blasters FC right back in the mix.

Tomas Tchorz’s side continued to remain on the front foot with an aim to restore parity in the contest but it left gaps for Palace to exploit. In the 66th minute, Williams scored a third for the London side to take the game away from the Blasters. Konda then put the result beyond all doubt, scoring Palace’s fourth goal eight minutes from time.

The Blasters continued to play on the front foot as the game drew to a close but they could not find another goal.

Palace claimed third place in the London leg as Kerala Blasters FC ended their Next Gen Cup campaign with loads of wonderful experiences to take home from their UK tour.