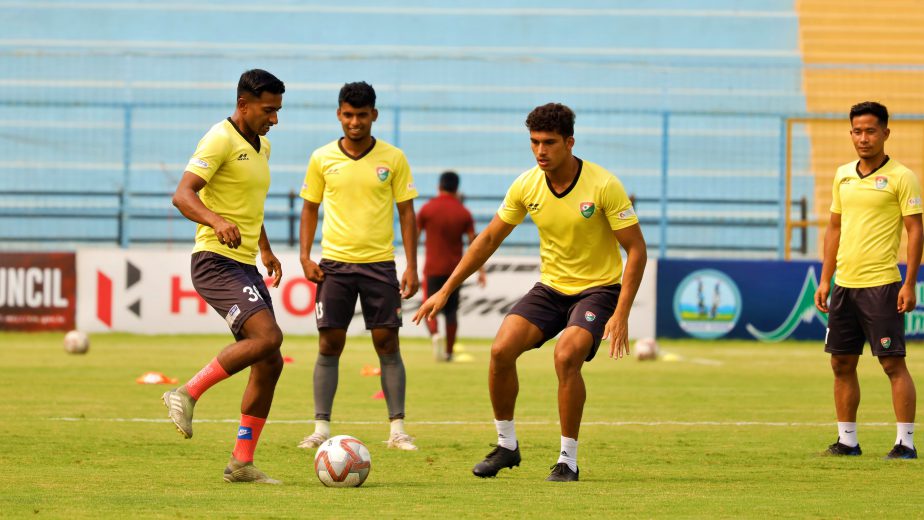 Rajasthan United were held 1-1 by NEROCA last time out, which coach Francesc Bonet labeled as a fair result. “We had our chances, which we didn’t take. We also made some mistakes early on.”

Heading into the last Gameweek, six teams have already qualified for the championship round, while the battle for the final spot is between Rajasthan United and Real Kashmir. With the Snow Leopards three points behind, a draw tomorrow will be enough for Bonet’s side. “There’s no pressure on the team. We’ve been good in the first stage so far and we’ll go for the three points tomorrow,” said the Spaniard.

“It will be significant for a new club like us if we make it into the top 7. Only six of our 30 players played in the I-League last season and only two of them made it into the championship stage. It means that we are doing things very well,” said a proud Bonet.

Sreenidi Deccan got back to winning ways and confirmed their place in the top 7 after their 2-0 win over Aizawl FC. Vanlalbiaa Chhangte was on target and scored his second goal of the season, earning him coach Fernando Santiago Varela’s praise. “Chhangte is an experienced player. He’s an important part of the team. Whether as a starter or a substitute, he does an amazing job.”

Sreenidi Deccan are currently fourth in the table with 20 points, seven behind leaders Gokulam Kerala. Varela has high hopes from his side heading into the final phase, and believes they can go all the way and lift the trophy. “We are happy to qualify for the championship round. For me, we are the best team in the league. We’re confident of challenging for the title.”