NEROCA eye consistency as they take on Mohammedan SC 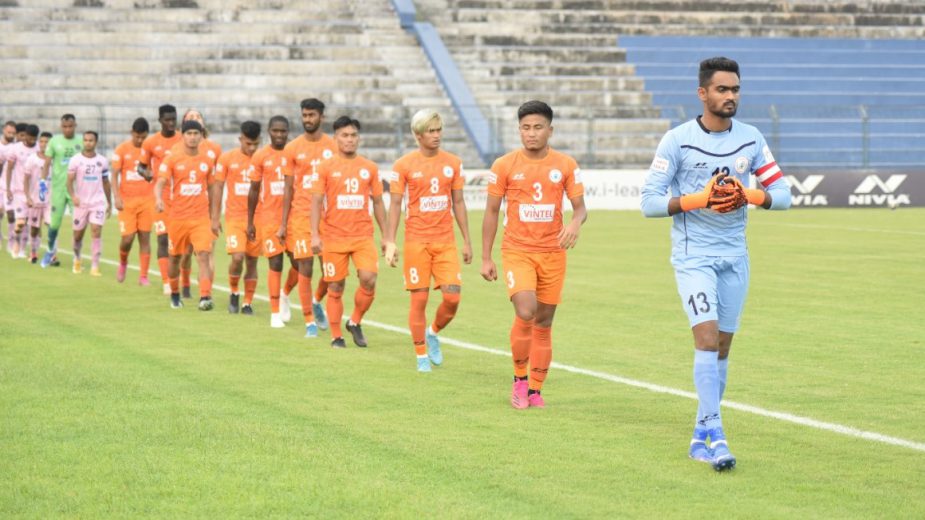 The final Gameweek of Hero I-League 2021-22 Phase I features an exciting clash between Mohammedan Sporting and Neroca FC. The Black and White Brigade arrive into this match with a comfortable win over Real Kashmir while Neroca had to settle for a draw against Rajasthan United in the last game. The game will take place at the Kalyani Municipal Stadium at 5.05 PM on Monday, April 18, 2022.

Azharuddin Mallick accompanied the coach in the pre-match press conference. Azhar wants to give his best in the upcoming games. “Faiaz has scored a brace in the last game and I am also working hard in the practice session to give my best on the field, ” the midfielder added.

Meanwhile, Chernyshov praised the opposition ahead of the match. “We have watched their last match. They started the campaign very well but they suffered due to injuries. We know how they play. We will also be looking to play our game,” he concluded.

On the other hand, Neroca FC head coach W. Khogen Singh wants to maintain consistency going forward. “We have been inconsistent throughout the campaign. Of course, there were two or three matches in which we could have done better. We are happy and looking forward to the match,” he said.

Meanwhile, playmaker Juan Mera feels ready after coming back from an injury. “I am feeling better. I want to play to help my team. Mohammedan Sporting are a good side. I believe we can win. We are prepared to compete for the championship,” the Spanish midfielder mentioned.

On being asked about the opponents, Khogen Singh believes that it will be a challenging game. “Mohammedan are in the second position of the Hero I-League. They are a balanced side. We want to approach this match as a challenge. We will play our own game to get all three points,” he concluded.