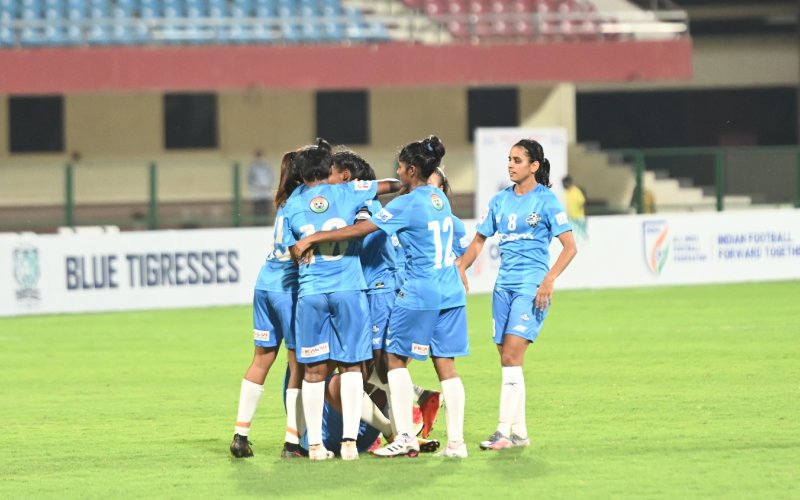 Dominant Sethu FC picked up a comfortable 3-0 win over ARA FC at the Kalinga Stadium in their second Hero Indian Women’s League 2022 game on Wednesday, April 20, 2022.

The team from Madurai made a solid start and created some eye-catching passages of play. In the first 15 minutes, they enjoyed a massive 68 percent ball possession against ARA FC’s 32 percent. However, neither side could find a breakthrough as they headed into the break with the scores locked at 0-0.

Following the restart, Sethu FC picked up from where they left and continued charging at the opposition goal. Eventually, they found the breakthrough on the 50th minute via Sandhiya Ranganathan. The skipper cut in from the right and scored a scorcher, curling the ball into the top corner from outside the box. 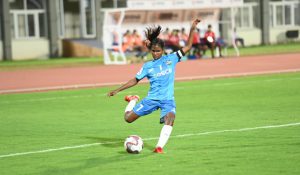 Around the hour mark, Karthika Angamuthu made it 2-0 for Sethu FC with a powerful header from inside the box. She made the most of a wonderful cross sent in by her fellow India international Anju Tamang from the right flank.

In quick-fire succession, Sethu FC found a third as ARA FC midfielder Poonam turned Sandhiya Ranganathan’s cross into her own net. It was yet another scintillating performance from the former Hero IWL champions as the referee blew the full-time whistle to hand them a second consecutive win.

With this win, Sethu move to the third spot on the Hero IWL table, having garnered six points from two matches, with a goal difference of eight to their name.