PIFA is ready to make its mark in the big league 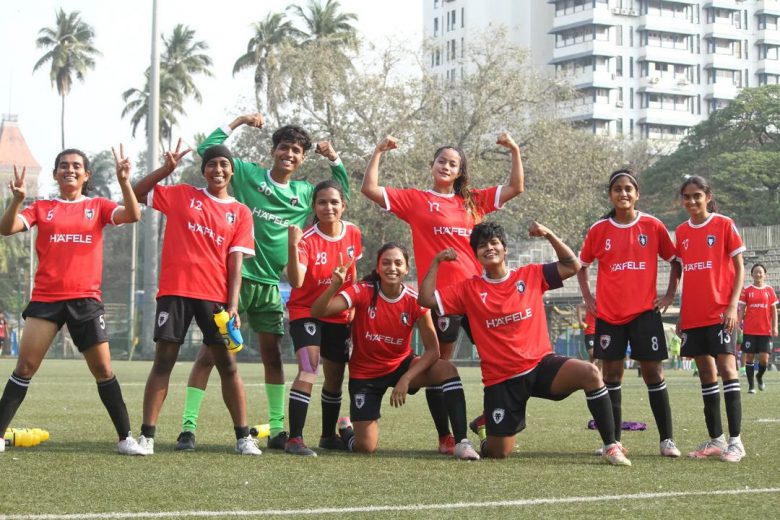 The Champions of Maharashtra – PIFA are all geared up for the National top-tier competition, the Hero Indian Women’s League. After a stellar WIFA Women’s Football League campaign, where they not only remained unbeaten in the league but also did not concede a single goal; PIFA are now ready to represent the state of Maharashtra on the national stage.

Since the inception of the Indian Women’s League in 2016, Maharashtra has had a plethora of clubs representing the state in the women’s national top-tier competition. PIFA will be the 6th club from the state of Maharashtra to participate in the Hero IWL when they begin their campaign on 15th April 2022.

In the WIFA Women’s Football League (IWL preliminary round of Maharashtra), PIFA scored 43 goals and conceded none. PIFA has a well-balanced squad that consists of a robust defense and an attacking front that is prone to make a good attack.

The stakes are high for the Mumbai-based club and although they remained unbeaten throughout the WIFA Women’s Football League campaign, they know what it means to be playing at the top level as it is a whole new ball game. “The team is working hard and giving their 100% in every training. Girls know that they are playing in India’s top-most league and are ready to give their best. Playing and staying fit in the hottest months in Bhubaneswar will be challenging for all teams. This league will probably be won by the team that has the most qualified team.”, said PIFA’s Head Coach and Co-Founder Mr. Nirvan Shah. 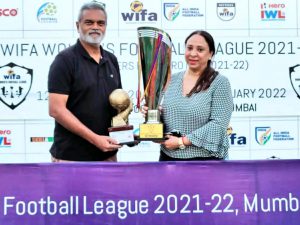 A club whose focus has always been on youth development and turning potential players into stars, PIFA will be looking to field the majority of the team that won the WIFA Women’s League trophy 2 months ago. But in the meantime, PIFA also had worked on addressing the areas they thought needed improvement and have solidified their squad. About the additions to the squad, the head coach commented, “Thanks to our partner Häfele, we have been able to get 10 new additions. The whole team has been practicing for more than a month. Even though some players are having exams, they still come to the practice sessions and are working hard. There is tremendous bonding in the entire team. Looking at our performance in the state league and now with the addition of new players, we expect to deliver a decent performance.”

The 2021-22 season has already gotten bigger and longer for the Mumbai-based club since they’ve won the state championship, despite this, the team is determined and ready to give it their all on the pitch. Manager and Co-Founder Mrs. Anjali Shah appreciated the hard work and efforts of the players and said, “These girls have had a very long season since October last year and are still giving their best. As a manager, I have tried my best to make the team perform to their maximum potential by providing proper nutrition, mental training, and physiotherapy.”

“We expect nothing but the best from the team, they are representing Mumbai and the whole of Maharashtra and they have a huge task on their shoulders but we are confident of a good outing as we have a great team and coach”, concluded Mrs. Shah.

In the opening fixture, PIFA will lock horns with Bengaluru-based Kickstart FC on 15th April 2022 at 4 PM at Capital Ground, Bhubaneswar.