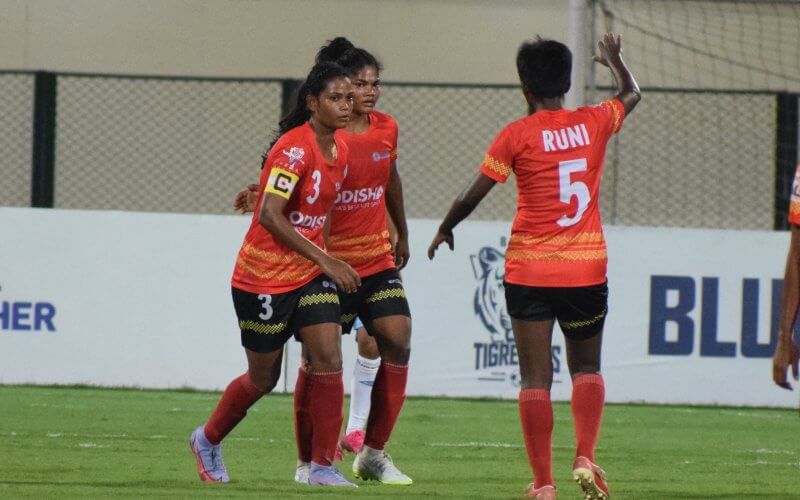 Odisha Sports registered a routine 3-0 win over PIFA Sports at the Kalinga Stadium in Bhubaneswar on Sunday, May 1, 2022, to register their second straight win in the Hero Indian Women’s League.

The local side took the lead in the 14th minute of the game. Jasoda Munda attempted a cross from the right flank but the ball changed the trajectory midway through the air. PIFA Sports goalkeeper Anjali Barke fumbled it and the ball ended up straight into the goal.

The two sides were evenly matched in terms of ball possession in the first half. However, Odisha Sports had three out of their 11 shots on target against PIFA Sports’ none. 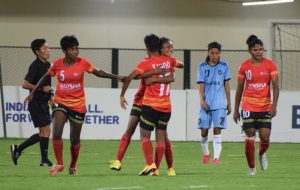 At the hour mark, Odisha Sports earned a corner, which was subsequently taken by goalscorer Munda. Her cross was well-connected by Pyari Xaxa from inside the box. The attempt was blocked by Barke, but Subhadra Sahoo followed through quickly to turn the ball in, making it 2-0 for Odisha Sports.

The defender scored another one immediately in the 65th minute after another error from Barke led to Xaxa winning possession in a dangerous area. The forward passed the ball to Sahoo, who struck well from outside the box to make it 3-0 and put the game to bed.

The win ensures a decent start to the season for Odisha Sports with three wins from five games, moving up to the third spot on the Hero IWL table.