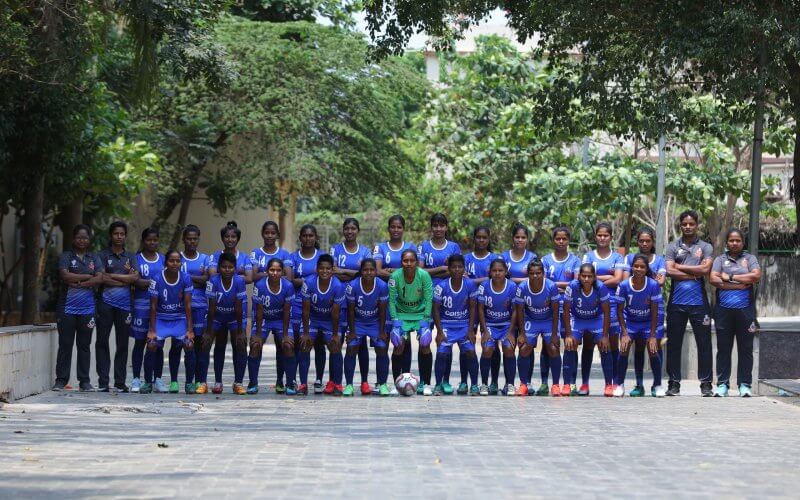 Earlier in the year, GKFC were the first-ever Indian women’s club team to represent in an AFC club tournament – the AFC Women’s Club Championship in 2021; and the star-studded squad are aiming for a solid start to their campaign.

Head coach Anthony Andrews sounded confident about the team’s preparations, and the mood in the dressing room. “The preparation for the Hero Indian Women’s League has been good. We know how important the league is to us, and we are lucky to have had a few sessions with the players before they were leaving for national duties.”

Speaking about their opponents Odisha Police, Andrews added: “Odisha Police are a good team. They have won their state league, and know what it takes to win every single match. They have retained their players, and the team has been together for a long time.” “It will be a good and entertaining match as we play the local team from Odisha,” he added while concluding.

For Odisha Police, debutants in the HIWL, courtesy them winning the state league, it will be a novel experience, and an interesting challenge to play against the best of the country.

Odisha Police Head Coach Shradhanjali Samantaray insisted on the girls “giving it their all” on the big platform of the Hero IWL. “Our girls are working in different districts, and that didn’t allow us much time to prepare. But the big platform that HIWL is, we are ready to give it our all.”

“For the first time ever, players in the HIWL players are getting more matches to perform. We will be taking it step by step and work on different aspects of our game. No doubt Gokulam are one of the best teams in this tournament. But we will work as a team and try to win our first match.”

The match will be played at the Capital Ground in Odisha at 3:30 PM (IST).

Also Read: Debutants Mata Rukmani FC aim to make the most of playing against Sethu FC