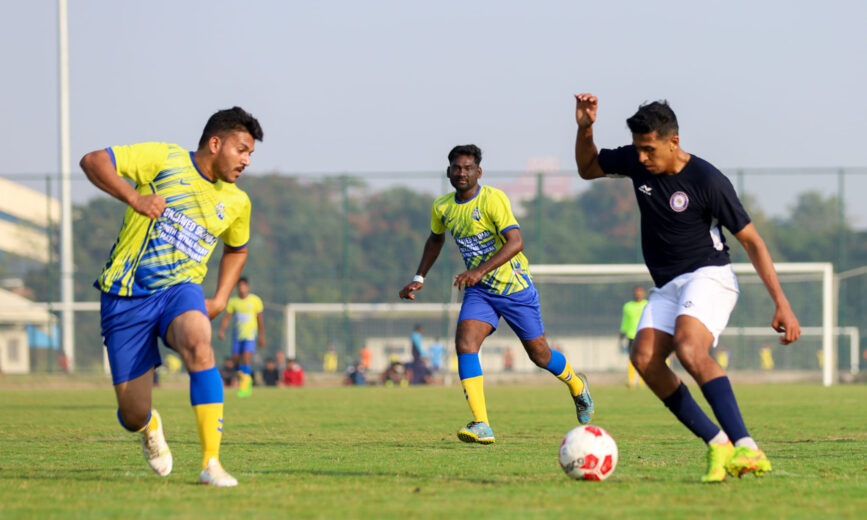 In a rather one-sided encounter, Mumbai registered the biggest win of the tournament so far with a massive 16-0 annihilation of Jalna in their opening game of the Knockout tournament.

Arif Shaikh, Himanshu Patil and substitute Johnson Mathews starred with hattricks as Mumbai with the 16-0 annihilation of their opponents Jalna make their intention known to the rest of the teams at the WIFA Inter District Football Championship.

After a cagey first few minutes, Himanshu Patil broke the deadlock in the 9th minute of the game to open the floodgates. Dhule’s inexperienced team found it hard to handle the pace and quality of Mumbai as Himanshu Patil and Arif Shaikh ran riots around their defense. By the end of the first half, Himanshu had already completed his hat trick going on to score four goals including one in the extra time of first half. Ashley Koley sneaked one in while Arif Shaikh registered two goals to his name as Mumbai went in with 7-0 lead.

With the game comfortably in the bag, a series of substitutions was rung in by the Mumbai manager Henry Picardo as Johnson Mathews and Denzil Mascarenhas came into the game. The duo continued the good work of first half as they gave no respite to Dhule’s defense.

Johnson Mathew started the second half brightly with two quick-fire goals before Denzil Mascarenhas joined in the party with his brace. Arif added two more to his tally to complete his hat trick too. Ansari Armash and Sunny Thakur chipped in with a goal each while Johnson struck in a late goal to complete his hat-trick in the match.