Mumbai Kenkre stun Real Kashmir with come from behind victory 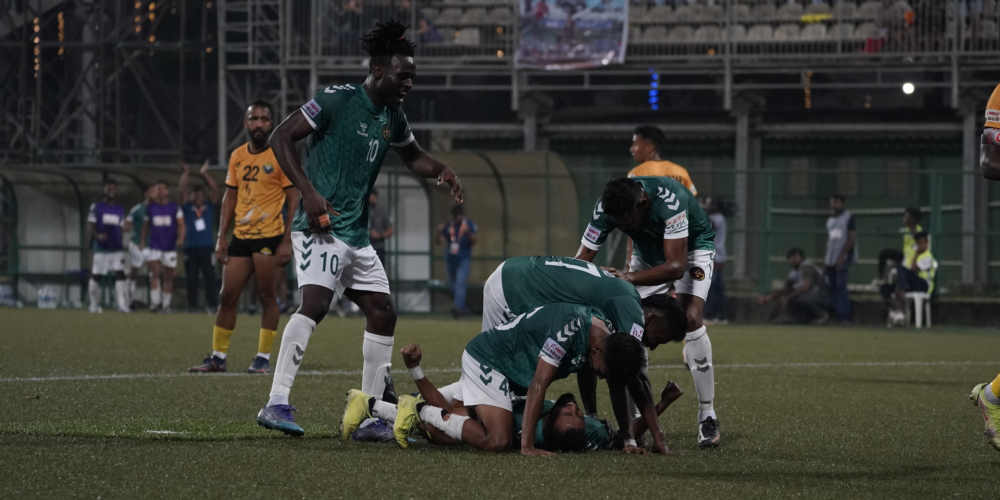 Mumbai Kenkre FC recorded a remarkable 2-1 victory against Real Kashmir FC in their Hero I-League 2022-23 fixture at the Cooperage Stadium in Mumbai on Thursday (December 22, 2022).

Jestin George gave the away side the lead early in the first half but it was short-lived as Aman Gaikwad levelled the score quickly. In the dying moments, Ahmed Faiz Khan scored from the spot for the Mumbaikars as they recorded their first home win of the season and lifted themselves out of the relegation zone ahead of the winter break.

The start of the first half was one-sided as Real Kashmir dominated proceedings and created a number of scoring chances. Their Ghanaian forward Nuhu Seidu was in the thick of things, having a header saved in the 11th minute and testing keeper Padam Chettri again a minute later with a powerful volley.

Fellow Ghanaian Ibrahim Nurudeen was inches away from scoring the opener as he hit the post from 15 yards. However, the pressure paid off three minutes later as the Snow Leopards finally took the lead. George opened the scoring from Girik Khosla’s corner kick, heading the ball into the ground as it looped over the keeper and nestled in the net.

The setback came as a bolt of lightning for the hosts, as they sprang into life and intensified their pressing. A moment of brilliance from Gaikwad gave them the equalizer in the 24th minute. Real Kashmir goalkeeper Subhasish Roy Chowdhury was forced into a hasty clearance and as the ball was won high up the field, it fell to Gaikwad and he thundered it into the roof of the net with a powerful half-volley.

Both sides continued to put pressure as they searched for the go-ahead goal. Alocious M and Lamine Moro came close with a couple of half chances for the visitors as the first period drew to a close, while Mumbai Kenkre also fashioned a few dangerous attacks but failed to trouble Chowdhury.

After the restart, the Snow Leopards were quicker off the blocks again and looked dangerous in attack. In the 53rd minute, Nurudeen flashed a dangerous low cross across goal but Alocious could not make proper contact at the far post. A minute later, Nurudeen found himself in a scoring position but blazed his shot wide of the target. Close to the hour mark, Tluanga’s shot from long range went just over the crossbar.

Clear-cut chances were hard to come by, but Real Kashmir looked likelier to score. Substitute Samuel Kynshi fired wide from the edge of the penalty area in the 76th minute and Nuhu could only find the side netting from close range two minutes after.

On the other end, Mumbai Kenkre substitute Aravindraj Rajan found himself free at the far post in the 85th minute but could not make clean contact after getting on the end of a cross. Ben Outtara fashioned a shooting chance moments later but it was saved with ease.

The match seemed to be heading towards a draw but it turned on its head with a minute of regulation time left to play. Outtara was clumsily brought down in the penalty area by George and the referee duly pointed to the spot. Khan stepped up to take the spot-kick and made no mistake in dispatching it home, giving the hosts the lead for the first time in the game.

Despite Real Kashmir putting pressure during the lengthy eight minutes of stoppage time, Mumbai Kenkre managed to see the game out without a hitch, ensuring that they bag three crucial points while condemning the visitors to their third successive defeat.