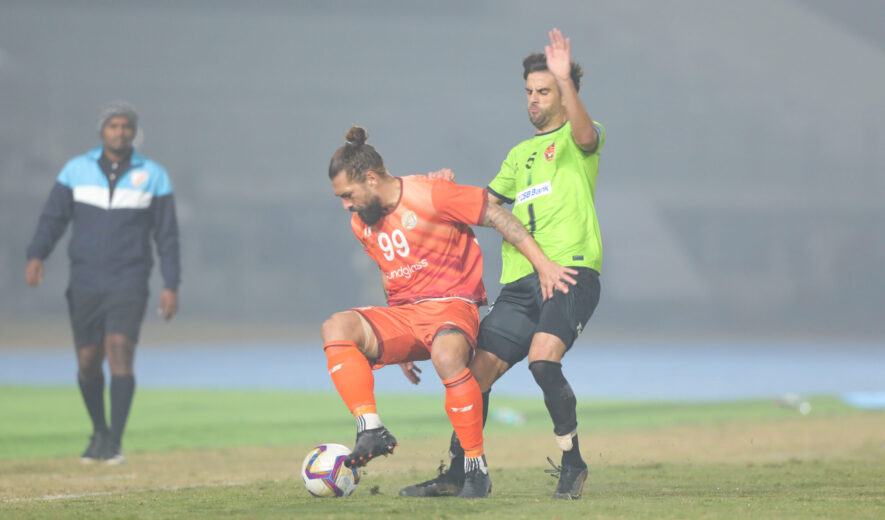 With this win RGPFC have climbed up to second in the table below Sreenidi Deccan FC who have played a match more than them.

RGPFC coach Staikos Vergetis made two changes to the starting lineup with the injured Deepak Devrani and top scorer Luka Majcen returning. Gokulam Kerala also fielded their strongest side for the important game between the third and fourth-placed teams in the table. The first half saw RGPFC having the most possession but both teams could not settle down in the middle.

As a result, both teams looked out of colour while going forward. RGPFC had their best chance in the 30th minute when Freddy Lallawmawma shot wide of a setup by Luka Majcen from a cross of Pranjal Bhumij from the right wing. Gokulam Kerala had their best chance of the half through a one-two move between Sreekuttan V.S and Shijin. Shijin turned well inside the box and set up midfielder Farshad Noor who unfortunately scuffed his shot and the follow-up was hit wide by Sreekuttan.

The second half saw both teams looking settled and playing some attacking football. GKFC were the more active in the attacking end and created chances but the defense stood strong denying any clear-cut chances. Goalkeeper Kiran Kumar Limbu also made some stops keeping RGPFC in the game.

RGPFC took the lead in the 75th minute through Luka Majcen. Ajay Chettri’s freekick was met by Luka who jumped above his marker to beat GKFC keeper Bilal Khan and it proved to be the winner of the match. GKFC shored up their attack to find the equalizer but RGPFC held their nerves. Luka Majcen was adjudged as the Hero of the Match.

RGPFC have 17 points from eight matches while Gokulam Kerala FC have 15 points from nine matches. The I – League will be on winter break after the completion of Round 9 matches. RGPFC will face NEROCA on January 8th at Tau Devi Lal Stadium, Panchkula in their next match.