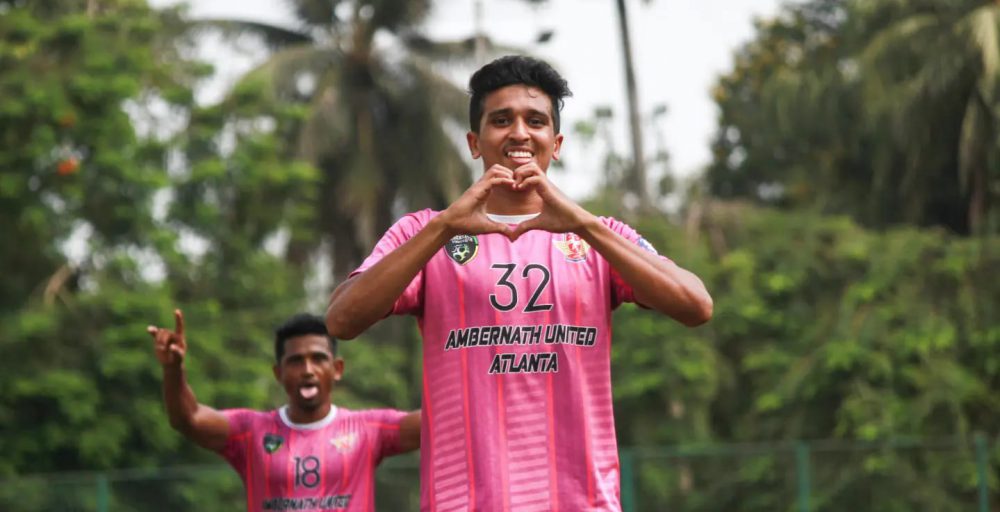 Goals on either side of the half the difference, as Steven Dias managed Ambernath Utd – Atlanta FC complete their seventh win in a row

Ambernath Utd – Atlanta FC continue their ruthless streak winning their seventh match in a row after a comfortable 2-0 win over Kenkre FC.

Unbeaten till now and yet to concede a single goal, Steven Dias managed side continued from where they had left off, dominating the game throughout the ninety minutes. Barring a couple of avoidable mistakes, Kenkre on their part though showcased some good defensive display. However, the two mistakes against a side like Ambernath Utd – Atlanta FC was all that was needed for the league leaders to take advantage of.

Ambernath Utd – Atlanta FC started out brightly in attack but Kenkre looked defensively solid and steady to hold them off. However, in the 39th minute, Kenkre midfielder Marc Jeremy brought down Aaron Dcosta inside the box. The referee made no mistake in pointing at the spot-kick for dangerous play. Midfielder Cletus Paul slotted home the penalty to make it 1-0.

The second half began with Ambernath Utd-Atlanta FC taking charge from the word go, testing the Kenkre defense number of times. The pressure finally got to Kenkre when midway through the second half a defensive lapse cost them the second goal. Substitute Arif Shaikh was alert enough to take advantage of a goalkeeping mistake to capitalize and shoot past the keeper making it 2-0 for his side.

Ambernath Utd-Atlanta FC have now scored 41 goals in the seven matches they played so far and are yet to concede a single goal. They sit top of the league with 21 points and a +41 goal difference.