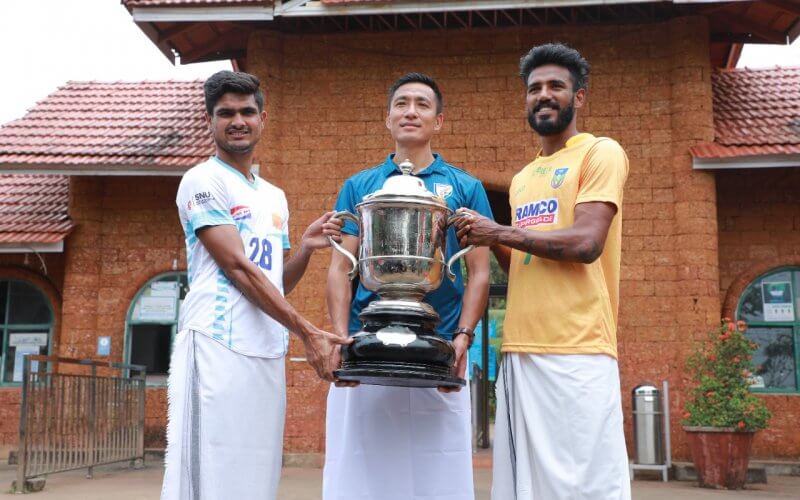 West Bengal, the 32-time champions, will play hosts Kerala in the Hero 75th NFC for Santosh Trophy Final on Monday (May 02, 2022) at the Manjeri Payyanad Stadium in an attempt to further improve their record in the competition. The match will kick off at 8:00 PM (IST) and will be streamed live on Indian Football Facebook Page.

It will be the eastern team’s 46th final overall, and they will enter this contest as favourites, owing to their outstanding record in the tournament since its start in 1941. In the top showdown, though, they will face a tough test from an in-form Kerala outfit.

Kerala defeated West Bengal in the first round, and Bino George’s men will once again fancy their chances against the most successful team in the history of the tournament.

Meanwhile, West Bengal will look to settle the score by winning this fixture. They will also be looking to avenge their 2018 Hero Santosh Trophy final defeat, which they lost in penalties after the game ended in a stalemate at the end of regulation time.

The last time two teams met the score was locked at 0-0 at the hour mark. Thereafter, Bengal goalie Priyant Singh faced a barrage of shots and was deceived in the 84th minute by Noufal while Jesin Thonikkara found the back of the net in the injury time. 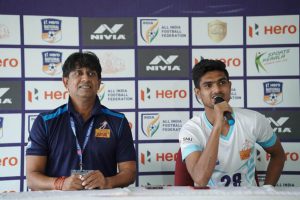 However, Ranjan Bhattacharjee’s men bounced back from the said loss by winning the remainder of the group stage games. They qualified for the all-important final by recording a massive 3-0 win over a lacklustre Manipur side during the semi-final round of the tournament on Friday. Sujit Singh, Mohammed Fardin Ali Molla and Dilip Orawn were on the target as they downed Manipur with utmost ease.

“The match between Kerala and West Bengal will be exciting, and I hope fans will tune in.” West Bengal coach Ranjan Bhattacherjee said ahead of the game. “Tomorrow’s game will be a competitive contest, and the team that can convert their opportunities more during the first and second halves will take the Hero Santosh Trophy home,” he added.

When asked about the injury concerns, Bhattacharjee’s stated, “The West Bengal team is absolutely fit and active.” He went on to say that Kerala coach Bino George Chiramal Padinjarathala is a wonderful person and a close friend, but that he will be his enemy tomorrow.

“They are not feeling any strain ahead of the final,” West Bengal captain Monotosh Chakladar said. “If anything, the Kerala team should be under pressure,” he added.

“We were defeated by Kerala at the start of the campaign, so this game will be treated as a revenge game,” he added. 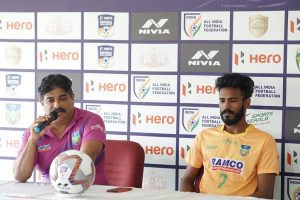 Kerala, on the other hand, thrashed Karnataka 7-3 in the semifinals to secure a spot in the final. Jesin TK, scored an astounding five goals for the six-time champions, while Shighil and Arjun Jayaraj each scored one goal. For Karnataka, Sudheer Kotikela, P. Kamalesh, and N. Solaimalai each scored one goal. They won three games in the first round while playing out a 2-2 draw with Meghalaya.

“We will play West Bengal in the final game of the 2021-22 Hero Santosh Trophy tomorrow. So, the aforementioned game is crucial for us, and we will consider it as a do-or-die match,” Bino George Chiramal Padinjarathala remarked.

“I want to beat Bengal tomorrow and bring the trophy home for our fans, who have been supportive throughout the tournament,” he concluded.