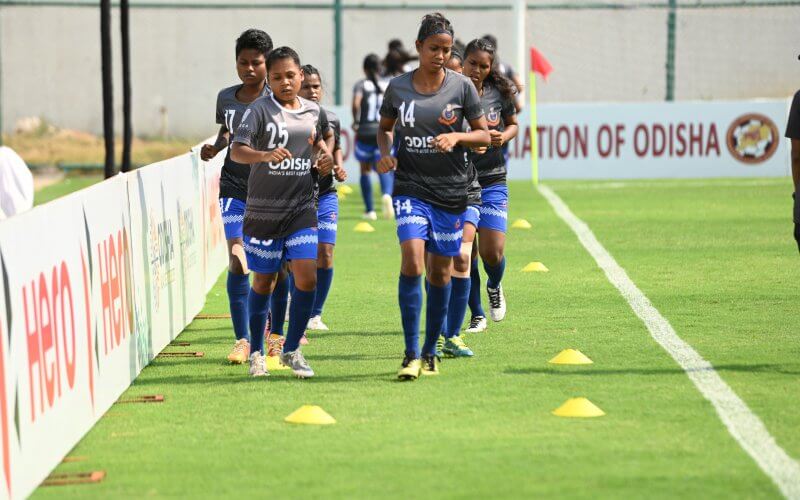 The Karnataka side Kickstart FC is all set to take on Odisha Police tomorrow (May 02, 2022) in the Hero Indian Women’s League at the 7th Battalion Stadium. Both the teams will eye full points as they come from the loss in their last matches.

Odisha Police head coach Shradhanjali Samantaray urges her team to come up with a winning mentality while facing Kickstart FC. She said, “We will be playing against Kickstart which is one of the balanced team and we have to keep the possession and keep the winning mentality.”

Odisha will go all out to snatch full points as their gaffer echoed, “The approach will be to get full points from the game.”

Quizzed about her team’s campaign so far in the HIWL coach Samantaray seemed quite unsatisfied. She said, “No, we are not happy with our performance and lots of injuries have affected the team. Injury is the biggest concern in our team.” 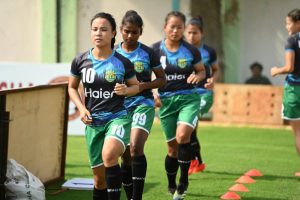 Speaking on their opponent Kickstart head coach Amrutha said, “Odisha Police also have a better side with experienced players and an experienced coach. So we have to give our 100% and we have prepared to do the same.”

The Kickstart gaffer is satisfied with the team’s campaign as she said, “Yes, our team has performed well and we had a little mistake while defending in the last matçh. Now we are working on that and ready to solve that area also.”