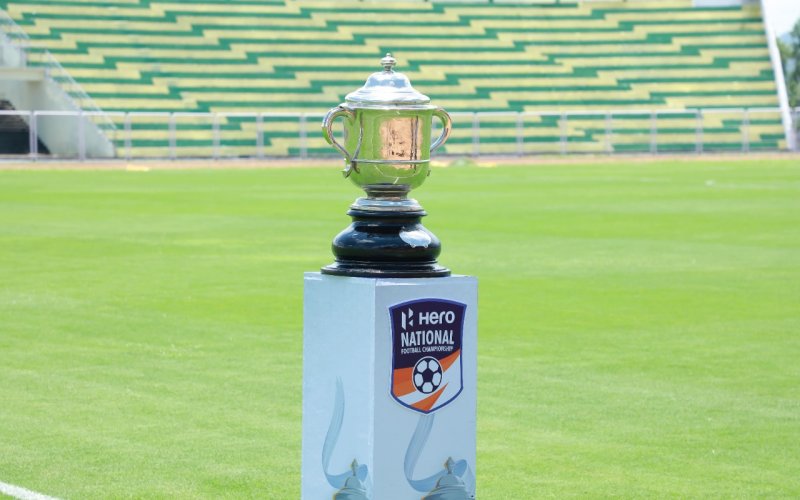 Kerala will be vying to move a step closer to winning their seventh Hero Santosh Trophy title on Thursday (April 28, 2022) when they will square off against four times champions Karnataka in the first semi-final at the Manjeri Payyanad Stadium, Kerala.

In the second semi-final clash, the most successful team in the history of the Hero Santosh Trophy, West Bengal, will face Manipur on Friday (April 29, 2022) at the same venue. Both the games is scheduled to kick off at 08:30 pm (IST).

Kerala progressed to the semi-final round of the tournament after finishing the last round as Group A table-toppers. They collected 10 points from four games and are the only unbeaten side in the tournament. The 2017-18 champions kicked off the tournament with a thumping 5-0 win over Rajasthan. In their next game, they passed the West Bengal test with flying colours before playing out a 2-2 draw with Meghalaya. They edged past Punjab 2-1 in their most recent game to finish the group round as table toppers.

Kerala captain Jijo Joseph is the tournament’s highest scorer so far, and when asked about it, the talismanic star responded, “Scoring isn’t essential to me; I just want to win every game, and that is what I am concentrating on right now.” 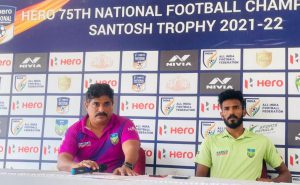 “I am pleased with my performance,” he continued, “but the most important thing for me is to win this game and get to the final.”

“Karnataka is a good side,” Kerala coach Bino George Chiramal Padinjarathala remarked when asked about their opponent. “They were outstanding against Gujarat in their most recent match and are in excellent form.”

“All of the teams that have advanced to the semifinals are good, and now it’s a do-or-die situation for us,” he continued.

Karnataka, meanwhile, finished second in Group B with seven points in their kitty. They won two games in the previous round against Gujarat and Services with their only defeat coming at the hands of Manipur. They were held for a 3-3 draw by Odisha in their first game. 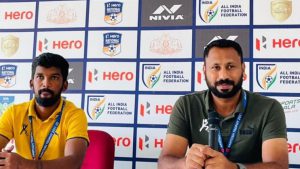 “The match against Kerala is going to be very exciting, they have home advantage but we will give our best in the game. Our team is motivated after our last win and we will not leave any stone unturned to win this one,” Karnataka boss Biby Thomas Muttath said.

“We are training hard for the semi-final, we are only focusing on tomorrow’s game. I believe we will give our 100% on the field,” Karnataka skipper M. Sunil Kumar said. 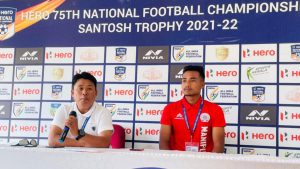 Manipur qualified for the last four after winning Group B with nine points. Manipur won three of their four group stage games, with their lone defeat coming against Odisha. In their most recent game, they thrashed Karnataka 3-0.

Speaking about the anticipating encounter, Manipur coach, Gift Raikhan said, “We’ve prepared for West Bengal and will give it our all in the semi-finals.”

“We respect the West Bengal team, but we’re prepared. We’re hoping to put up a good fight on Friday and make it to the final after so many years,” Raikhan added. 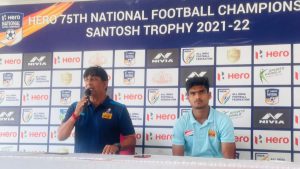 West Bengal, Manipur’s opponent, reached the semi-finals after coming second in Group A. West Bengal won its group stage games against Punjab, Meghalaya, and Rajasthan, with their solitary loss coming against Kerala.

“Bengal has a long and illustrious history in football. It’s like India’s Mecca for football. We have won the Hero Santosh Trophy thirty -two times and have come second thirteen times. So far, we’ve appeared in 45 finals, and on Friday, we’ll try to reach the summit clash once more,” West Bengal coach Ranjan Bhattacherjee stated.

“I believe our match against Manipur will be a tense affair since they are a strong team with some outstanding players,” he concluded.