Kaun hai Bombay ka best? Well that’s the question FootballGeek is asking to all the football teams in Mumbai. 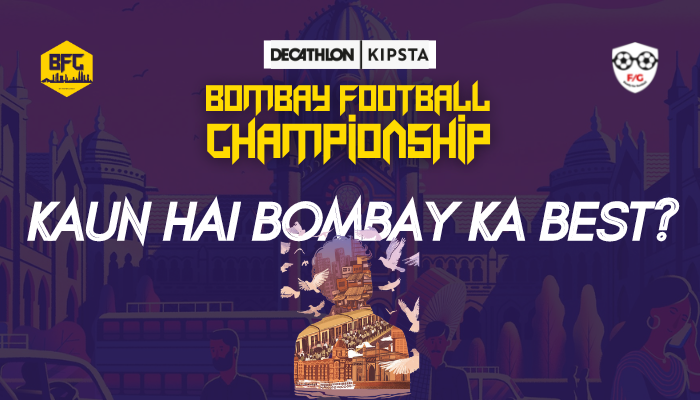 Bombay Football Championship by Decathlon Kiptsa, organized by FootballGeek are all set for the new season with multiple age group categories included in this year’s competition.

Bombay Football Championship aims to find the best 5 a side team in Mumbai with a concept of separate competitions at 4 different regions after which a grand finale among the four regional winners to declare the champions.

The event has gotten bigger after its first season which was won by Brothers F.C., a Thane-based team, who clinched the victory against Mumbai’s Kalina Rangers. This year it’s not just for the big boys to test their strengths but FootballGeek is also presenting this opportunity to young kids from the Under 11 category to Under 17 as well.

Registrations are open until 6 days before the qualifier. Link:  http://bit.ly/3O4ovtt

Ruthless Mumbai City FC rout Chennaiyin FC 6-2, after being 2 down
I-League: RoundGlass Punjab FC is all geared up for the opening fixture