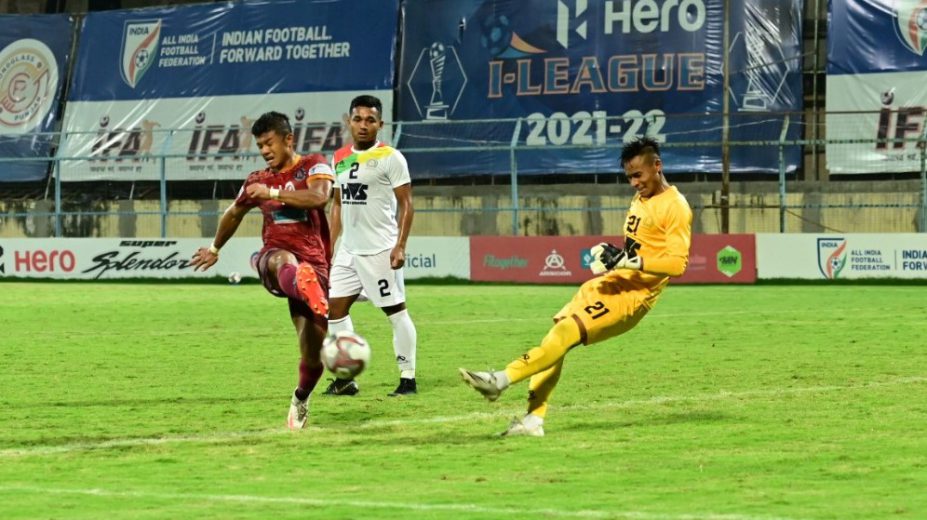 Sardor Jakhonov and Pritam Singh were on target as Rajasthan United FC defeated TRAU FC 2-0 in Hero I-League on Saturday, here, at the Naihati Stadium. Following this victory, Rajasthan United moved to the fifth spot on the table.

TRAU started the match on a high note and their passing was also on the point and it seemed they would be the ones to break the deadlock. TRAU’s first chance came as early as the third minute when Krishnananda Singh made an unsuccessful attempt and his shot went for a goal-kick across the line.

Rajasthan United FC’s first attempt came in the 8th minute through Sardor Jakhonov but it went off target.

TRAU’s biggest opportunity in the first half came in the ninth minute when Joseph beat rival players with his pace on the right to set the ball for Fernandinho. However, the Brazilian playmaker failed in converting the shot.

They were punished for the same as a minute later Rajasthan United went 1-0 up, courtesy of a magnificent goal from Sardor Jakhonov from outside the box. The ball was set up by Aman Thapa.

TRAU’s missed opportunity and Rajasthan United’s conversion increased the pace of the game as the two teams fought for the possession of the ball in the middle. Rajasthan striker Pritam Singh looked to double his side’s lead as he attempted a shot from outside the box in the 24th minute but it went over the bar.

Six minutes later, Jakhonov and Pritam Singh teamed up to create another chance but it was easily picked by Bishorjit Singh, resulting in a goal-kick.

TRAU and Rajasthan increased their counterattacking as the game progressed to the final ten minutes of the first half. While TRAU looked for an equalizer, Rajasthan United were biding their time. In the end, Rajasthan’s strategy worked as they were leading the game at the break.

Much like the first half, TRAU started the second half on the front foot while Rajasthan United were happy to play the counterattack. The way TRAU were passing the ball at the start of the second half it seemed it would not be long before they will level the contest. But, the equalizer came never came.

Joseph attempted another shot in the 55th minute but it went straight into Bhaskar Roy’s hands. Four minutes later, Horam had the opportunity to score a header but his attempt went over the bar.

With each passing minute, TRAU increased their attempts but not a single shot went past Bhaskar Roy. Rajasthan have met TRAU’s aggression with their own as they looked for their second goal of the match.

Pritam Singh netted the second goal of the match through Jakhonov’s assist in the 87th minute to double Rajasthan’s lead and in the process sealed TRAU FC’s fate.