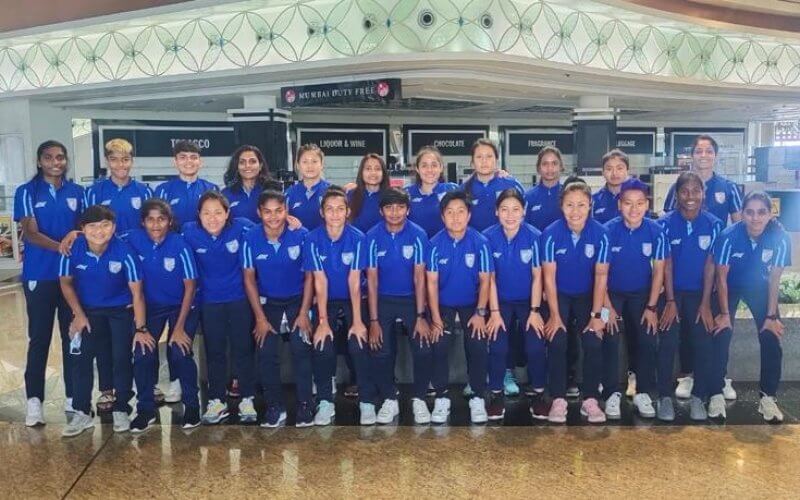 The Indian Women’s Team has set course for Jordan to play two friendlies against Egypt and Jordan next week.

The Blue Tigresses had earlier assembled in Goa for a brief training camp, before leaving for Jordan, where they are set to face Egypt on April 5 and Jordan on April 8.

The team had a brief camp in Goa, and has now travelled to Jordan with a squad of 23 players for the two friendlies. A number of youngsters have been included in the squad, with the likes of defender Kristina Devi, midfielder Martina Thokchom and forward Mariyammal Balamurugan having previously played in different age groups.

“For sure, we want to have two very good games against quality opponents. We have equal respect for both, but we ourselves have a very good team, and we expect to have two good performances,” said head coach Thomas Dennerby.

The matches will be streamed live on the official YouTube channel of the Jordan FA.

The 23-member squad that has travelled to Jordan is as follows: