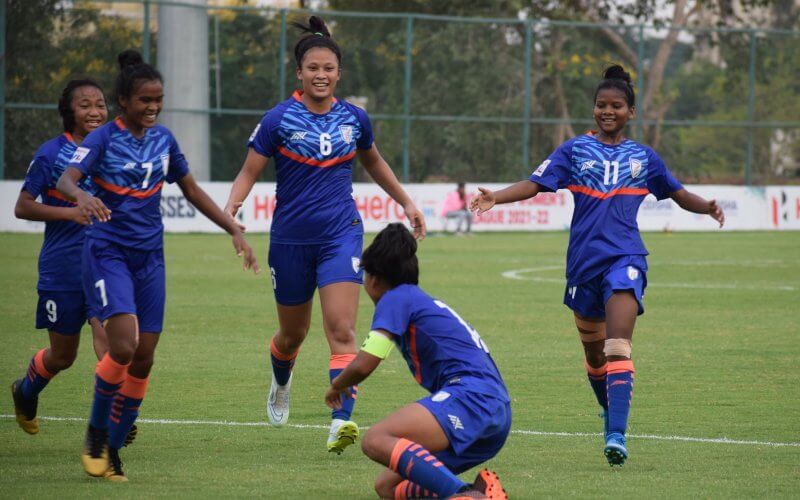 AIFF’s developmental side Indian Arrows earned a comfortable 2-0 victory against SSB Women FC at the 7th Battalion Ground in Bhubaneswar on Sunday, May 1, 2022, in the Hero Indian Women’s League.

Winger Sunita Munda and striker Apurna Narzary were the two scorers for the Arrows in the second half, with the latter bagging the Hero of the Match award at the end.

The first half turned out to be a tactical fight as neither team was able to find the back of the net. Both the sides created a plethora of chances but failed to find the target, as the score remained goalless at the breather.

It was Arrows who came closest in finding the back of the net in the first half. But the SSB custodian Manju made it tough for the Young Tigresses, making sure that nothing went past her. 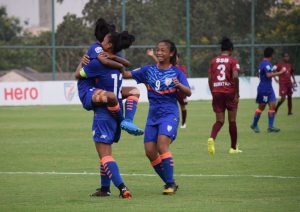 The Arrows came out with much fervour in the second half and immediately mounted wave after wave of attacks along both flanks. The deadlock was finally broken in the 51st minute, as Sunita Munda, who was set through on goal by Apurna Narzary, slipped it beneath the onrushing Manju’s hand to put the Arrows in the lead.

Apurna Narzary doubled the lead just a few minutes later, when she was sent through behind the defence. Though under challenge by Sumitra Marandi, the Arrows captain showed great composure to maintain possession of the ball inside the SSB penalty box and slot it home from a tight angle.

SSB mounted a number of attacks, keeping long bouts of possession in the Arrows half in the latter exchanges of the game, but the Arrows defence stood firm and held on to their two-goal lead. The Indian Arrows thus took their points tally to 10 from five matches in the Hero IWL so far, after a strong second half performance against SSB Women FC.