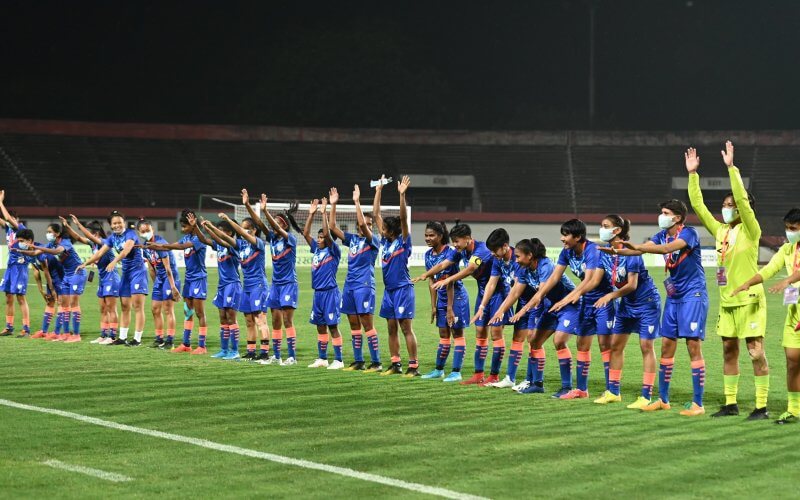 After getting off to a flying start in the SAFF U-18 Women’s Championship courtesy a 7-0 victory against Nepal, the Indian girls have already shifted their focus on the matches ahead.

“We had a really good game, and a lot of good plays in the match. It was really good to start the tournament with this win, it does a lot to help the morale of the players for the upcoming matches,” Head coach Thomas Dennerby stated. “I was very impressed with some of the goals that our girls scored against Nepal, and especially our wingers were very good on the night.”

Forward Lynda Kom Serto, who scored a brace in the first half itself, before being taken off, isn’t willing to bask in glory right now. 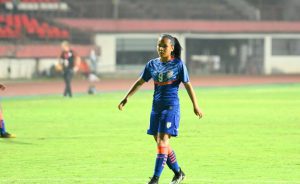 “It was a great result but the job is not done yet. We want to have another good performance in our next match against Bangladesh and continue the same going ahead,” said Lynda. “I was really happy that I could help the team by scoring two goals, but I want to continue that form and score many more as well.”

Captain Shikly Devi commented on the energy of the side, stating that the winning effect had seeped into everyone.

“The energy in the team is brilliant. When you’re 3-0 up at half time, it’s very easy to ease up and just try to play out the match,” Shilky said. “But this group of girls have immense energy and we kept pushing throughout the 90 minutes. It’s not always easy to score that many goals, it has a lot to do with the mental strength of the team.”

Midfielder Martina Thokchom, who had made her senior international debut in Brazil last year, highlighted the supreme physical fitness of her teammates to keep going at full tilt for the entire match. 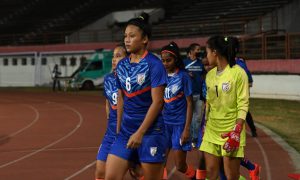 “Everyone in our team has been in camp for the last three-four months. Some of us who were in with the senior team, have been in camp for even longer — so the coaching staff has had ample time to work on their fitness,” said Martina.

“The coaches have also helped a lot, by improving our fitness over these months, and the results are there to see,” she said.

India, who have been training in Jamshedpur for more than three months with logistical and infrastructural aid from the Government of Jharkhand and Tata Steel, next play Bangladesh on March 19 at the JRD Tata Sports Complex. The match is slated for a 7PM IST kick-off, and will be streamed live on the Indian Football Team Facebook page and on the Eleven Sports platforms.