Iker Guarrotxena: We want to make Saturday a night to remember for our fans 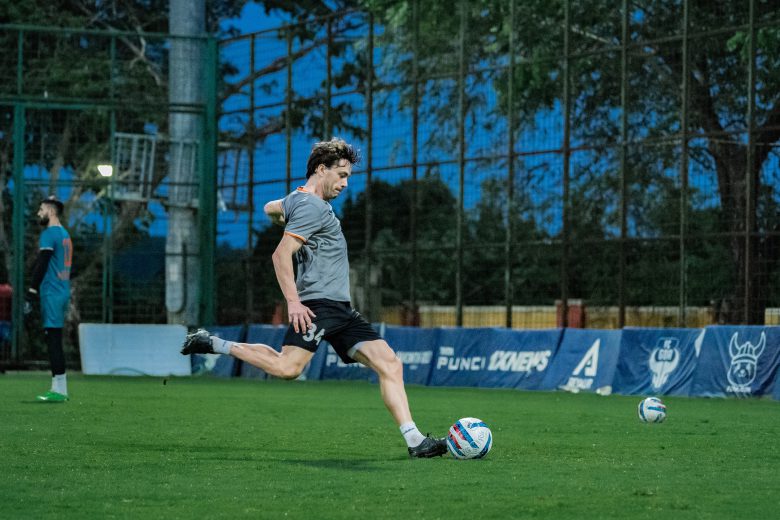 Goa, December 7, 2022: Iker Guarrotxena is looking forward to making a real mark on Saturday night and give the fans a night to remember at the Fatorda. This weekend FC Goa will clash with Odisha FC, another of the contenders for a playoff spot in this season’s Indian Super League.

The Spaniard has been a constant in the FC Goa line-up starting all games so far in his first season with the Gaurs. And rather than just send out a message to the fans ahead of the game, he stated that he would like to pour his emotions out on the field rather than in just words.

“I don’t like to send messages to fans just for the sake of it,” stated the 30-year-old.

“I think if a player feels something strongly about the fans like I do, it’s paramount that he transmits these emotions on the pitch so that the fans can really take back something substantial in return for the emotion they pour in.”

Home comfort has been a major factor for the Gaurs this season. After starting off their season with three consecutive away fixtures, Carlos Pena’s men have looked most comfortable when at home as they rolled out consecutive 3-0 wins over Jamshedpur FC and ATK Mohan Bagan to start off.

And come Saturday, Guarrotxena is again looking forward to entertaining the FC Goa faithful at Fatorda.

“We have felt their support throughout the season. Whether it be at home in Goa or on the road in Kerala and Mumbai. They have been a really big factor in our season,” the Spaniard added.

“My objective on Saturday will be to help the team win the game in the most dominant fashion possible. And that in turn will speak as to what I want to give to the fans.”

Carlos Pena will hope all his players show similar resolve this coming weekend as they look to turn the tide and bring their two-game skid to a halt. In Odisha, they will come up against a team they have never lost to and the Gaur faithful will surely look towards extending their run  and get back in the hunt for the top positions.