Gokulam eases past Hans FC with an emphatic 9-0 win 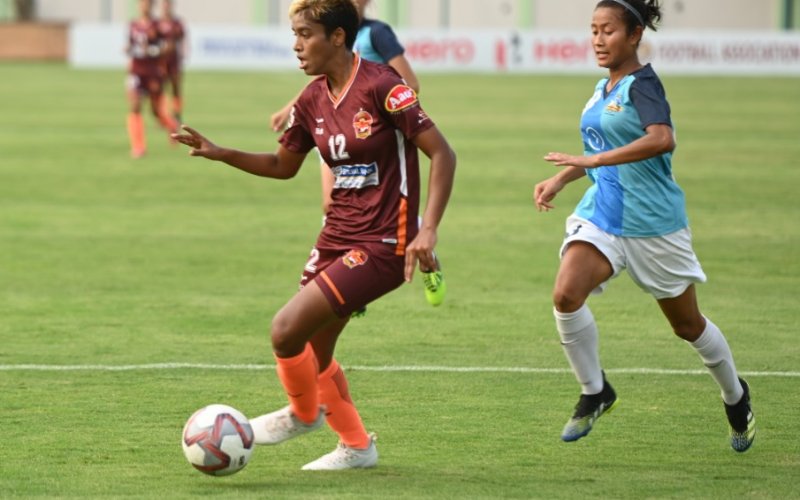 Gokulam Kerala FC continued to show their dominance in the fifth edition of the Hero Indian Women’s League as they bagged home another emphatic 9-0 victory against Hans Women FC. The Malabarian side had an effective and creative outing as they completely dominated the game riding on Manisha Kalyan’s sheer brilliance.

Captain Dangmei Grace scored the opener for Gokulam in the first minute of the game. Followed by a screamer from Ashalata Devi in the 18th minute increasing the lead to 2-0.

It was Manisha Kalywan who next engraved a brace to her name on the score sheet with two quick back-to-back goals in the 21st and 26th minute. Finally, in the nick of halftime, Manisha bagged one assist when she created a ball for Ghanaian international Elshaddai, finding the back of the net in the 45+2th minute. 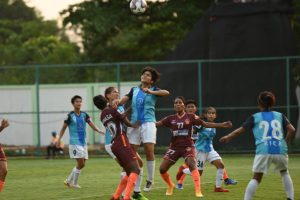 Hans was left with almost no chance to play in the first half as they gasped for possession and opportunity all across the pitch.

Coming back from the breather the riot continued. As defender Samiksha found the back of the net with a long-ranger in the 45th minute. In the 47th minute, Elshaddai made it a brace for herself scoring amidst a chaotic Hans defense.

Gokulam continued to share a major proportion of the possession as they kept on creating chances. Substitute Win Theingi Tun scored to make it 8-0 in the 66th minute with a headed goal from a beautiful Dalima Chhibber cross.

Finally, in the regulation time Jyoti bagged the winner tapping a rebound as the Hans custodian made an initial save to an out-swinging corner from Dalima Chhibber.

After this win, Gokulam remains at the top of the table with nine points from three matches without conceding a single goal so far.

Also Read: Rajasthan United back to winning ways with clinical performance against NEROCA