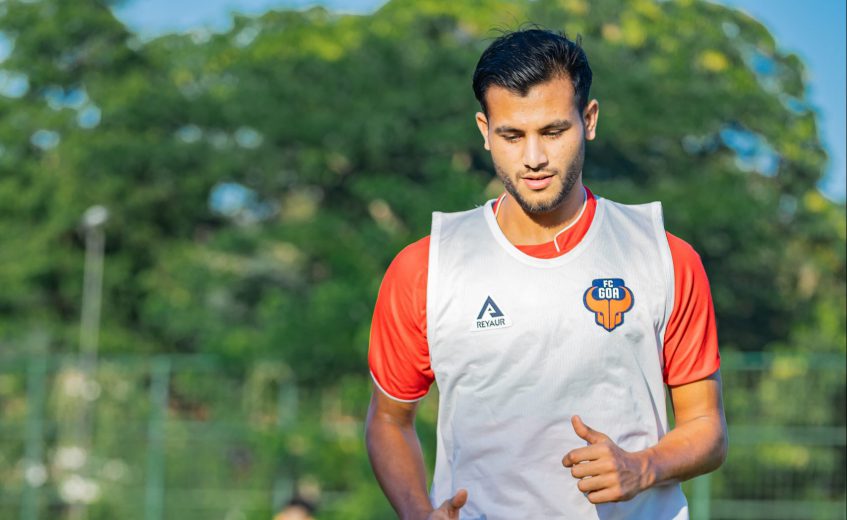 The date ‘June 14, 2022’ will remain etched on Anwar Ali’s memory forever, with the defender registering his first-ever goal for the senior Indian national football team. That his strike happened in a very crucial match for the Blue Tigers makes it all the more special.

Seriton Fernandes, who recently signed his contract extension with FC Goa, has watched him at close distance having spent the last season with him and had some words of praise for Anwar.

“Anwar (Ali) joined us in training last year, and he has been impressive from the moment he stepped on to the practice pitch,” Seriton Fernandes, his teammate at FC Goa said.

“We all knew about his struggles before joining the Club, and how he fought hard off the pitch to return to playing the game that he loves the most. We were all elated when we got to know that he got his call-up to the India team. I believe this is just the beginning for him.”

Spanish midfielder Edu Bedia also weighed in on Anwar’s moment of glory. “He deserves the goal and all the praise that he is getting right now. I knew in the very first few games that I played with him that he is a different player. I have played five seasons so far in India and never have I seen someone else like him. He has everything that one needs to excel at the top levels in the country,” said Edu on Anwar Ali.

“I am extremely happy for him and also for Brandon (Fernandes) and Glan (Martins), who qualified for the Asian Cup with the Indian team. They are very important players for both our club and the national side, and I hope we get to enjoy more success together at Goa.”

While India had already booked a spot in the AFC Asian Cup 2023 Group Stages by virtue of Palestine’s 4-0 win over the Philippines in the third round of the qualifiers, a win was a must for Igor Stimac and co. to end the qualification campaign on a positive note. It was important that the Blue Tigers beat Hong Kong and ensure fans that they could qualify on their own merit, and Ali’s early goal set the tone for his team as they thrashed Hong Kong 4-0.

Another FC Goa star, Princeton Rebello also heaped praise on his compatriot. “I’m happy to see Anwar score for India, that too in a very important game at the AFC Asian Cup 2023 qualifiers. And even beyond the strike, his composure playing in his first international matches was admirable” he said.

“He played a crucial role in India’s qualification and I can’t wait to meet him and congratulate him in person.”