Daniel Chima Chukwu on target as Jamshedpur down FC Goa 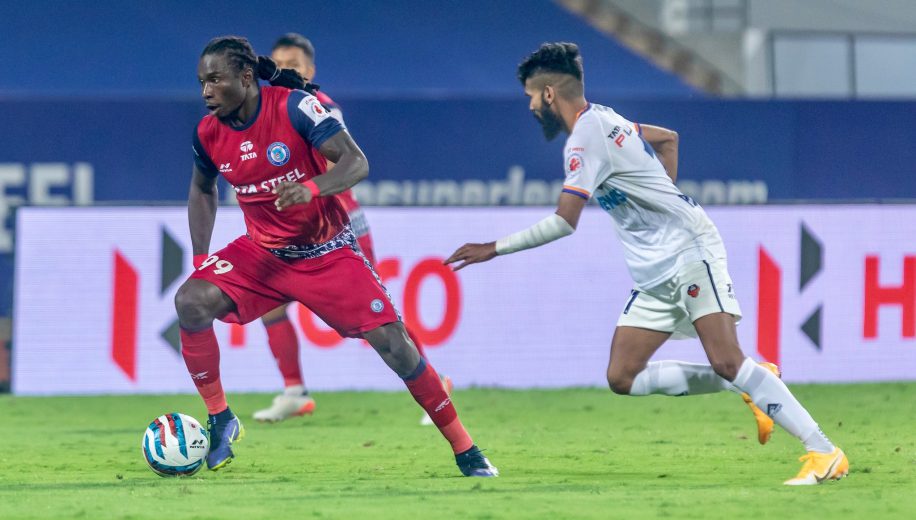 Jamshedpur FC inflicted a huge blow to FC Goa’s aspirations for a semi-final berth with a 1-0 win over the Gaurs in the 2021-22 Hero Indian Super League (ISL).

The win takes Owen Coyle’s men to second place in the league table but keeps Derrick Pereira’s men stuck at ninth place with four games without a win.

The solitary goal came through Daniel Chima Chukwu (49’) who scored on his first outing for the Men of Steel after signing for them in the January transfer window.

The match had an eventful start with Daniel Chukwu sending his left-footed shot narrowly wide off the mark. On the other end, Ivan Gonzalez hit the underside of the crossbar with a header. The rebound fell to Edu Bedia whose low shot was brilliantly saved by TP Rehenesh. The Gaurs threw more subsequent attacks at the JFC defense but to no avail.

The first half was very feisty to say the least, which led to three yellow cards being handed out to Alex Lima, Anwar Ali and Daniel Chukwu respectively. The injuries and stoppages led to four minutes of added time but neither team managed to break through the defenses and score the opening goal.

The second half started with JFC pushing for a goal and they got one through the debutant Chukwu whose volley was too powerful for Naveen Kumar. The custodian got both hands on the ball but could not prevent it from slipping into the back of the net.

Derrick Pereira made a host of changes in order to change the course of the match. However, despite creating a plethora of chances, the equalizer eluded FCG as Coyle’s men defended their lead with a collective force and secured the three points.

FC Goa will next face an ambitious Odisha FC at the Athletic Stadium on Tuesday while Jamshedpur FC awaits the challenge of an in-form Bengaluru FC on Saturday at the same venue.

Contrasting fortunes collide in mother of all battles as ATKMB, SCEB renew rivalry in derby
Back in business, Blasters ready to extend rich form against resurgent Bengaluru