Contrasting fortunes collide in mother of all battles as ATKMB, SCEB renew rivalry in derby 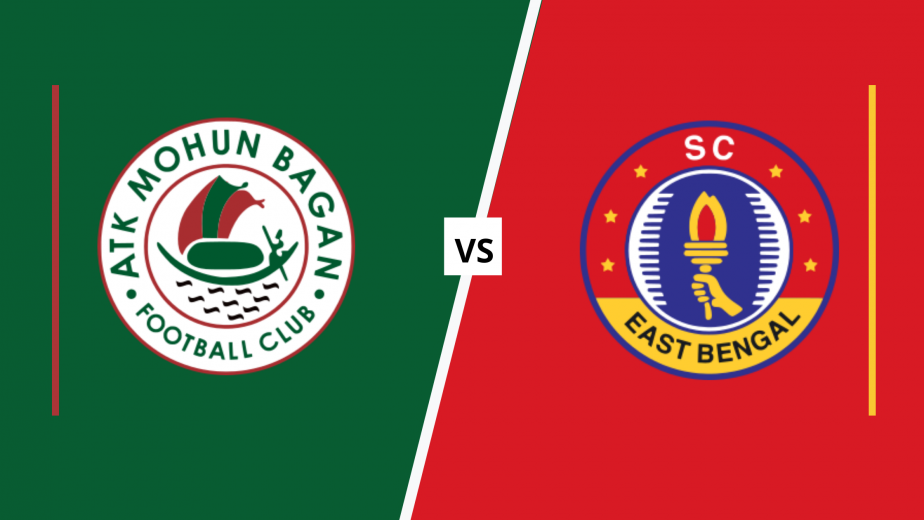 A derby is often won on who keeps their nerves on the given day, but when ATK Mohun Bagan renew their age-old rivalry with SC East Bengal for the second time this season in the Hero Indian Super League, there will be a hot favorite and an underdog looming large over the most sought-after fixture of Indian football.

East Bengal got the better of Mohun Bagan the last time on January 27 in 2019, making it a long wait for their vociferous fans for the taste of victory.

SC East Bengal and ATK Mohun Bagan made their forays into the Hero ISL last season and met with contrasting fortunes, further deepening SC East Bengal’s plight as they finished ninth to ATKMB’s final spot and a second-place finish in the league table.

The script has not changed this season despite SC East Bengal making a deadline-day swoop for one of ATKMB’s protagonists Arindam Bhattacharya in goal. The first bout was a walk in the park for the Mariners who have since then not had a great season so far but for their rivals, the plane never took off as it took two head coach changes to win their first game, after 11 unsuccessful attempts.

Hugging the bottom of the table, Mario Rivera’s side were humbled by Hyderabad FC in their last outing while ATKMB played out a goalless draw after a mini-break to remain eighth in the table but with three games in hand.

Head coach Juan Ferrando will have the services of Hugo Boumous who will return to the fold after serving a one-match suspension.

“I am happy to be a part of this fixture. For me, it is a pleasure to be involved in such a big game. It is an opportunity to be part of this legacy. But, we do understand at the end of the day our target is to get 3 points and improve on how we play. It is necessary not to lose focus,” said Ferrando on the eve of the marquee clash.

On SC East Bengal, he added: “SC East Bengal has changed a lot since the season started. If I talk about the last 3-4 games, their players played more freely, were compact, and pushed hard. I guess their supporters are happier now with the performance.”

“When you play a derby, league positions do not matter. The derby is always about facing your top rival and the outcome can be anything,” said Rivera, whose side are rock bottom in the points table with just nine points to show for from 13 games.

“ATKMB has one of the best-attacking line-ups in the ISL. We have to stop their runs and make sure we don’t give them much space to maneuver.

“You need the right mix of technicality and tactical prowess to win a match, so both are important,” he opined when asked about their rivals’ attacking might.

ATK Mohun Bagan have an 8-1 aggregate score across three games against SC East Bengal and that sums up the gulf between the two times since they entered the top league of the country. Rivera will have his task cut out while for Ferrando, it will be about meeting expectations.