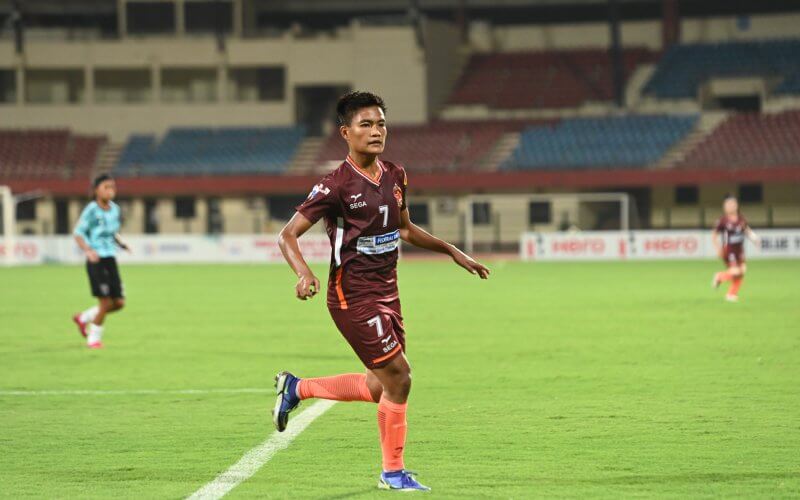 Defending champions Gokulam Kerala FC have been on top form in the Hero Indian Women’s League 2021-22, having won all of their five matches this season. Amidst the star-studded line-up, Gokulam’s foreign recruit Win Theingi Tun from Myanmar has been wreaking havoc in front of goal, having netted five in as many matches.

Win, who is the first female footballer from Myanmar to make the move to India, feels that her sojourn could open up avenues for more women footballers from her country.

“Coming to Gokulam has been a unique experience for me. No other women players in my country have yet had the experience of going abroad to play, and I hope that if I do well, others will also start getting such opportunities,” she said.

“India is a beautiful country. I love going around Kerala, especially to the beaches. The people here have been very kind, and everyone has been really helpful,” said Win.

The 27-year-old versatile player has had her past brushes with India, having played against the Blue Tigresses twice in 2019; she scored on both occasions. In the first match, Win had scored an injury-time goal to help her country beat India 2-0 in Bhubaneswar, while on the second occasion, a hat-trick by Win held India to a 3-3 draw in Yangon.

“I’ve played against India before, and I know many of the girls from those days. Aditi, Ashalata, Dalima – I am very good friends with them, and they have been helping me a lot on different aspects,” said Win.
Win, who has been at Gokulam for almost six months now, feels that she is slowly coming to grips with the way football is played in India. 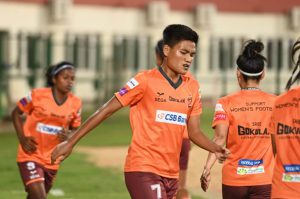 “The football that they play here is much more direct than the style of play in Myanmar, so it was a bit more difficult for me to adjust to it. But I think I have slowly acclimatised myself to this style, and that has helped me add more elements to my game,” she opined.

Being one of the most versatile players in South-East Asia, Win feels comfortable playing in several different positions. She had started as a midfielder, but had, along the way started to play striker and on the wings as well. 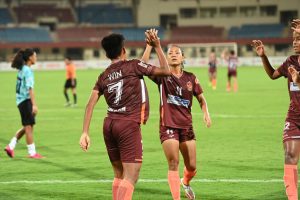 “I started as a midfielder, but then as I started to play under different coaches, my positions also changed. I played as a forward, on the wings. Now I feel I can play any position, except maybe at centre-back or in goal,” said the 27-year-old. “Nowadays it often depends on the match situation. If we are losing, I generally push up front to help our team score, or if we are leading, then I push down to midfield.”
Sitting at the top of the table, Gokulam has their eyes firmly fixed on retaining their Hero IWL title this season, something that Win is greatly looking forward to.

“We have a very good team here at Gokulam, and so far, we have shown that we are proper title contenders. I hope we can sustain this momentum and win the league in the end. That would be a special moment,” stated Win.