Carlos Pena: We respect Chennaiyin FC as opponents, but we don’t fear them 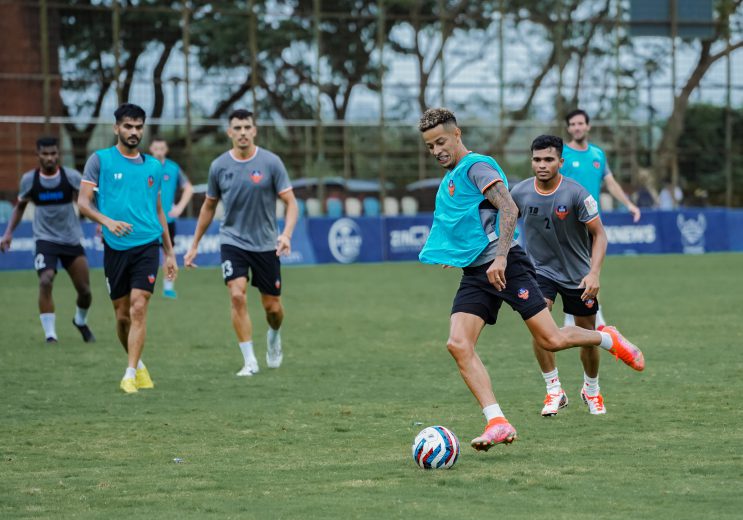 Goa, October 19, 2022: Following the win in their Hero Indian Super League 2022-23 opener against East Bengal FC last week, FC Goa will lock horns with Chennaiyin FC in yet another away clash this Friday. Both teams have started the season on a good note – which is why Carlos Pena, the Gaurs’ head coach expects the game to be a tough one.

“Chennaiyin FC are a good team. They’re confident and dynamic, as evident from their performances and results against ATK Mohun Bagan and Bengaluru FC. We respect them as opponents, but at the same time, we don’t fear them,” he said in the pre-match press conference on Wednesday.

“Our attitude against East Bengal is the biggest takeaway for me from that match. We were brave, went for the win right from kick-off and fought hard till the final whistle. The plan is the same once again – because we want the three points.”

The Gaurs’ campaign opener was special for Pena personally as well – it was his first match ever as the chief tactician of a senior team.

“We won an ISL game for the first time ever in Kolkata. It was a good experience for me too, because it was a good start to my coaching career. At the same time, it’s important to control one’s emotions as a coach and focus on what needs to be done. We were able to do that, and I’m more pleased with that aspect of our display,” the 38-year-old stated.

A familiar venue for the Spaniard

The Jawaharlal Nehru Stadium in Chennai, the home stadium of the Marina Machans, is not new to Carlos Pena. The former defender featured for the Gaurs in quite a few matches at the same venue during his playing career.

In fact, the Spaniard was a part of FC Goa squad that faced Chennaiyin FC in the ISL 2019-20 semi-finals. In the first leg that was played at Chennai, Pena and co suffered a 4-1 humbling that eventually prevented them from reaching the final.

“Well, all of that is in the past now,” he said when asked about his memories from the game.

“A lot of things have changed since then, for both teams.

“One thing that seems to remain the same is their environment, as we saw in their recent clash (against Bengaluru FC). That said, we’re keen to enjoy the atmosphere – it’s also the message that I’ve passed on to my boys, because it’s important to have fun as well,” he further added.

‘The mentality remains the same’

Known for their distinct style of play that relies on sitting back and absorbing pressure, Chennaiyin FC pulled off a win against ATK Mohun Bagan in their own backyard before holding Bengaluru FC to a draw at home. Meanwhile, Carlos Pena maintains that FC Goa’s mentality and philosophy will not change as they look to take on them on the 21st.

“Our idea is going to be the same, no matter who we are facing. The mentality should not change. Of course, you need to pay attention to certain aspects of our opponents’ game. We’ll be doing the same against Chennaiyin as well, where we analyse how they play and adapt accordingly,” he explained.

Goa defender Aibanbha Dohling, who accompanied Pena at the press conference, gave his two cents on their upcoming clash as well.

“We had a good pre-season that lasted well over two months, during which we worked hard on improving ourselves both individually and as a team. While the league has started, we’re still learning and developing every day, and we feel good about ourselves,” the 26-year-old said.

“Personally, I’d love to play as many matches as I can. When I joined the club, Coach Carlos was my teammate and back then, I couldn’t play much. Thanks to the guidance of all of my coaches and the support from my teammates, I’ve been able to do well since.

“As a player, I’m open to accept what my coach want from me. He can play me wherever he thinks I can do my best, and the rest is upon myself to repay his trust in me. I look forward to doing exactly that,” he concluded.

History on Highlanders’ side as NorthEast United FC takes on East Bengal FC in the battle for first points
Chennaiyin, Goa lock horns in the rivalry of goals