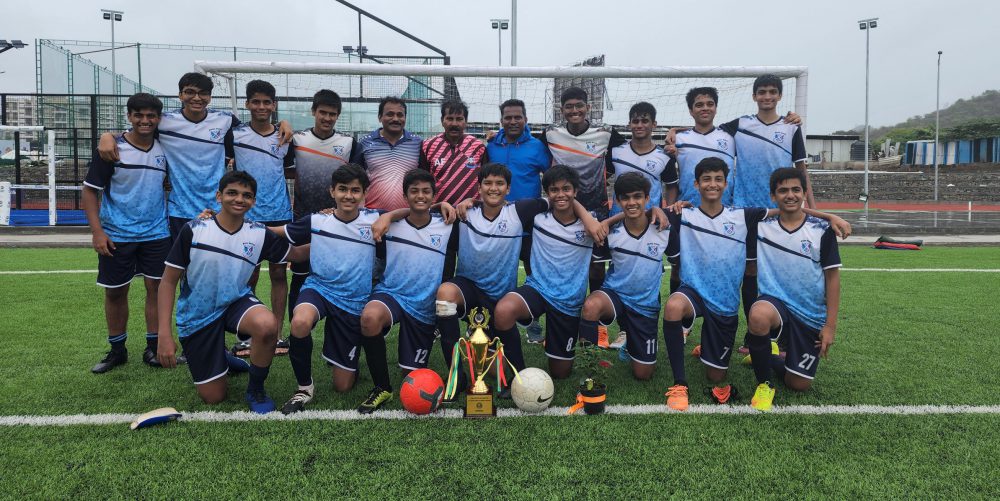 Bombay Scottish School Mahim emerge champions of the Under 17 Boys CICSE Pre Subroto Regional Round. The match was held at the Hotfut Football ground at Bavdhan.

The Mumbai team were winners of Zone 1 CICSE Pre Subroto Football competition, from a pool of 54 schools. They beat Bombay Scottish Powai 1 – 0 in the final. The goal was scored by their striker Arhaan Bhat. The matches were held at the All-Saints School Ground at Bhiwandi. The Zone 2 winners Bishops School camp won their round from among 14 schools to reach the regional finals.

The regional final was a keenly contested fight with the Pune teaming finding the back of the Scottish net and taking a 1 – 0 lead through their player Abdul J. The first half ended with the Pune team up by 1 goal.

The second half started, and the Mumbai team was a transformed lot and pushed hard and didn’t relent and soon equalized the score, but just a draw wasn’t going to be enough. They pushed hard and continued with determination which eventually paid off with a second goal. Their striker Arhaan Bhat scored both the crucial goals and showed grit and determination to take the fight to the opposite camp.

With this victory, Bombay Scottish School Mahim will now represent Maharashtra at the CICSE Pre Subroto National round at Kolkatta from the 27th of July onwards.