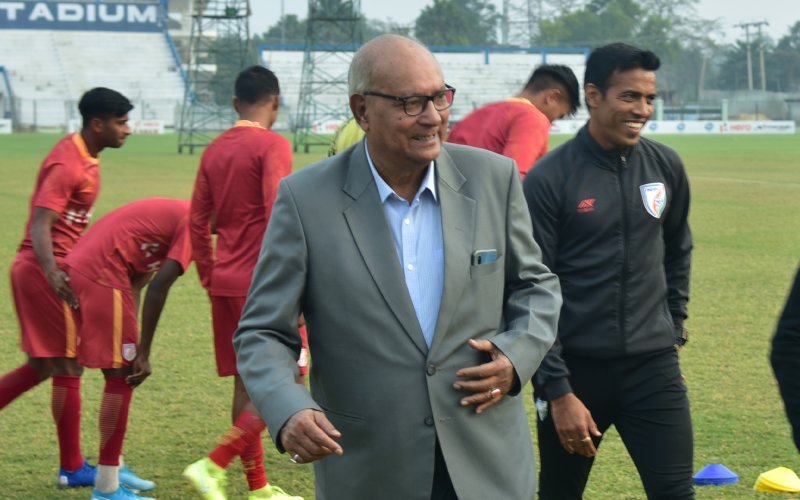 NEW DELHI: All India Football Federation condoles the death of 1970 Asian Games bronze medalist Subhas Bhowmick, who passed away in Kolkata earlier today (January 22) at the age of 71. He attained the unique distinction of having gained International glory both as a player and as a coach.

Mr. Praful Patel, the President of the All India Football Federation in his condolence message said: “It’s sad to hear that Bhowmick-da, one of the greatest footballers of his generation is no more. His invaluable contribution to Indian Football will always remain with us, and will never be forgotten. Indian Football has only got poorer. My condolences to his family. I share the grief.”

Mr. Kushal Das, the General Secretary of the All India Football Federation in his condolence message said: “Mr. Subhas Bhowmick will always remain alive in his achievements. He was a legendary footballer, and a visionary coach — someone who has been the inspiration for so many generations. My condolences to his family. May his soul rest in peace.”

He had earlier started his club career with Rajasthan Club, Kolkata in 1968, wherein he scored 7 goals in the Calcutta Football League.

Bhowmick was also a reputed coach having won many laurels. He coached India in the VIth President Gold Cup in Dhaka in 1989.

As a Technical Director, he was involved in Churchill Brothers winning the Hero I-League in 2012-13. Furthermore, he also coached Mohun Bagan to win the Sikkim Gold Cup in 1992. He was awarded the East Bengal Lifetime Achievement Award in 2017.

Also Read: We cannot look back, and think too much: Thomas Dennerby