Sam has a deep-rooted Indian connection. Her father, Roger Kerr, was an Australian rules football player and was born in Kolkata to an English father and an Indian mother.

The forward entered the game one goal short of equaling Cahill’s all-time record of 50 and netted five. Before the game, Sam expressed how special it would be for her to break this record in India. “I definitely thought about that (breaking the record in India) before the game: how special it would be for my family. It’s my first time here in India, so just seeing the culture, looking outside during the drive here, everyone has been so welcoming. I know that there are a lot of Indians out there who follow me. So it’s special to break the record; a bit more special for me doing it here on Indian soil and in the Asian Cup.” Australia began their Women’s Asian Cup campaign as title contenders against Indonesia yesterday and Sam opened the scoring in just the ninth minute of the game. She now equaled Cahill’s tally, and two minutes later, she surpassed Cahill’s record of 50 goals.

Kerr completed her hat-trick at the half-hour mark and scored two more as the game ended as Australia’s biggest win at the continental stage with a huge 18-0 scoreline. Sam scored her first goal as a teenager in the 2010 Women’s Asian Cup. She was only 16 years old at that time. Against Indonesia, she made her 105th appearance and surpassed the record held by Cahill, who had scored 50 goals in 108 matches.

“Obviously Tim is a legend in Australia so to be in the same conversation as him, is an amazing honor. But any time I score for my country, it’s an amazing honor. I didn’t have many so I don’t take any goal for granted… breaking the record is amazing and it’s something I will remember forever.” Sam told the reporters after the game.

Congratulations @samkerr1 on this amazing achievement. You are an inspiration globally and I’m one of your biggest supporters and always here for you on and off the park. Keep breaking records and most importantly enjoy the journey. @FIFAWWC pic.twitter.com/WNAlxI6bW3

Kerr finished as runner-up at FIFA’s The Best awards and was also in the top three of the Ballon d’Or Feminin this year.

In addition to becoming the all-time leading scorer for her country, she holds the record for the most goals scored in the USA’s National Women’s Soccer League. She is the only woman footballer to have won the Golden Boot in three different leagues and in three different continents – W-League (Asia) in 2017-18 and 2018-19; NWSL (North America) in 2017, 2018, 2019; and FAWSL (Europe) in 2020-21. She is also the first Australian player to score a hat-trick in the World Cup. 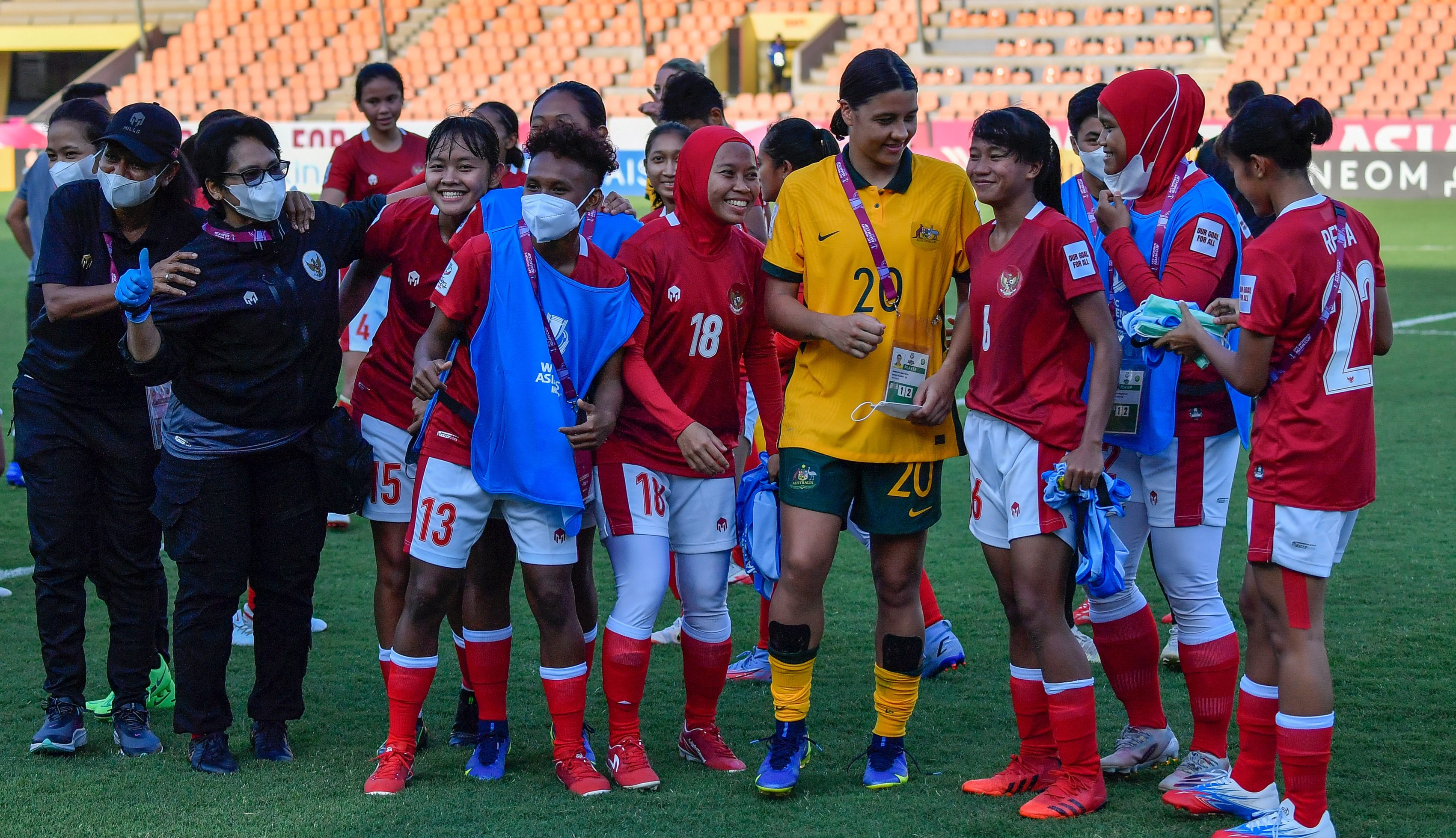 After the game, the Indonesian team waited patiently for Sam to have their picture taken and realized their fan moment.